CROOKENDALE’S LAW: ‘Immigrant Status is Not a Barrier, But an Opportunity’

NEW YORK – When Barbadian-born academic Humphrey A. Crookendale graduated from Howard University School of Law in Washington, D.C. in 1981, he never in his wildest dreams believed he would play a leading role in a major academic institution here. 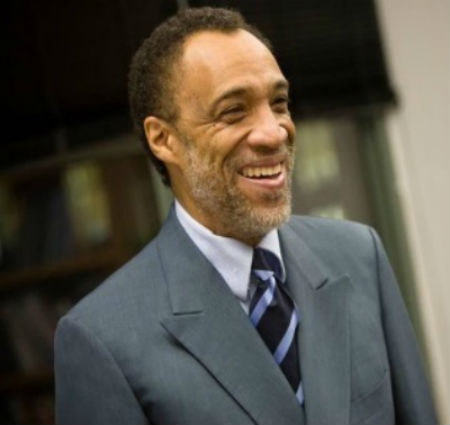 “Crookendale, Humphrey” For more than 30 years, Crookendale, who migrated from Barbados in 1971, says he has served in a number of important academic leadership roles at Metropolitan College of New York (MCNY), including associate dean and acting dean of the Audrey Cohen School for Human Services and Education (ACSHSE).

In addition, he served as the dean of the college’s School of Management and helped found the college’s first graduate program in public administration.

Crookendale, a long-time Bedford-Stuyvesant, Brooklyn resident, currently serves as dean of MCNY’s School for Public Affairs and Administration (SPAA), encompassing the college’s undergraduate and graduate programs in both emergency management and public administration, where he’s making a major difference.

Dean Crookendale, told the Caribbean Media Corporation (CMC) he was a key architect of the college’s Master of Science in administration degree program, the college’s first graduate program. He said it was also his vision to develop a curriculum for a master of public administration (MPA) degree in emergency and disaster management, one of few such programs in the United States.

In addition to leading the day-to-day activities of the SPAA, Crookendale also teaches in the MPA programme. His areas of interest are public policy and policy analysis.

After graduating from Howard, Crookendale said he was attracted by an advertisement in the New York Times that called for a faculty member who had experience in political science and law.

“That sounded like me,” said Crookendale, who holds a bachelor’s degree in political science and communications from Queens College, City University of New York (CUNY).

“Never would I have imagined that my qualifications would land the job, and more that the job would instantly catapult me into a key role in the design of a master’s degree and the application for its approval by New York State. With its approval, I was hooked on the idea of a career in academia.”

Over the years, Crookendale said he has fielded applications from many candidates with law degrees, reinforcing and reaffirming that his decision was “not an aberrant one but, indeed, a wise choice.”

Crookendale, who teaches a class in public policy grounded in political science and law, said his legal training has served as “a foundation” for much of what he does.

“I use the Socratic method in my classroom to challenge students to think out of the box, and use a range of practical and current events as the basis for discussion and learning,” he said, noting that public affairs and public policy is “a disciplinary area that calls into question such other disciplines as political science, economics and law, just to name a few.”

He said students who graduate with a MPA in public affairs and administration are “equipped to be public servants and policy makers.

“They are uniquely positioned to be change agents in their communities, and the many governmental and non-governmental agencies in which they work. To this end, public affairs and administration is very important to me.”

He said the MPA in public affairs and administration is 30 years old, the oldest graduate program at MCNY. New York State gave permission to offer it in 1988.

Crookendale said the inaugural enrollment saw a total of six students register, with only two graduating. Since then, he said there have been times in which over 120 full-time students registered in the program.

“By the standards of the Network of Schools of Public Policy, Affairs, and Administration (NASPAA), we would be a medium to large program,” he said. “This is a remarkable feat, given our very humble beginnings.”

The dean said his greatest success is in witnessing graduates of the school go on to occupy significant roles of responsibility in New York City and its metropolitan area. He said there are alumni who are deputy commissioners of city agencies. An alumna currently serves as a deputy borough president and alumni are managers in a host of city and not-for-profit agencies in the tri-state area.

“There can be no greater sense of affirmation than to see and witness graduates who have taken the mantle of leadership and done so with skill and professionalism,” Crookendale said.

In the Network of Schools of Public Policy, Affairs and Administration (NASPAA) community, he said he is one of a few persons of color who are in positions of leadership.

“That there would be a distinct few deans of colour speaks volumes to the entrenched forces of race, even within academic institutions,” Crookendale said.

On a more positive note, however, he said he has used his status as “a beacon” both to his students and the larger community “to encourage and remind students who look like me that anything is possible.

“I stand as a role model and as a symbol of the old adage ‘keep hope alive’,” Crookendale said, adding that his vision is to make MCNY’s public affairs and administration program one that is known for academic integrity and vigor.

“My vision is that when it comes to matters of emergency and disaster management, the School for Public Affairs and Administration will be the go-to place for academics, government officials and other interested persons to be informed, and to elicit current information and knowledge on these subjects.

“I want to be able to say when my association with MCNY comes to an end that I fought well, prepared students to be meaningful change agents, and will be remembered for stewarding a fledgling program to renown and distinction,” he added.

Crookendale said one of his goals in succession planning is to ensure that academic integrity and commitment to the school is maintained. In this regard, he said recruiting faculty with a vision and a passion for growing the school is his ultimate goal.

“I have spent the last 34 years in academia,” said Crookendale. “I am not sure how much longer, but long enough to know that I have made a difference in the way that students and the larger community see and know the academic reputation of the program.”

He said he is “excited” about the prospect of sharing some of his accumulated knowledge with institutions of higher learning in the Eastern Caribbean and that he is “actively in discussion” with colleagues in St. Kitts to see if his dream can become reality.

Crookendale, who was this year’s keynote speaker at the annual Caribbean American Heritage Month Celebrations at Kings County Courts in Brooklyn, said he was “impressed by the sheer number of lawyers, judges and other personnel who had their roots in the Caribbean.

“This served as an inspiration to remind others from the diaspora that our immigrant status is not a barrier but an opportunity to influence the magnificent city in which we live,” he said.