CARIBBEAN-POLITICS-USA/China: Leadership in the Multilateral Arena

Multilateralism is an important element of the foreign policy of small CARICOM States, but, today, multilateral institutions are beleaguered caught up in the competition between a dominant power and one ascending. 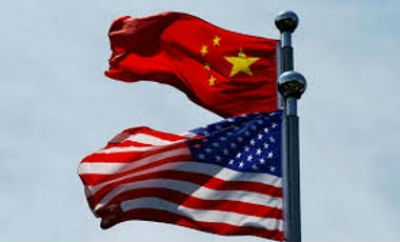 In the World Trade Organization (WTO) last week, the US representative blocked consensus on the appointment of Dr. Ngozi Okonjo-Iweala of Nigeria who would have been the organization’s first African, female Director General (DG).

In the meeting of the WTO Budget, Finance and Administration Committee held on October 22, it is reported that the US representative queried much of the organization’s budget. We already know that the US blocked the appointment of judges to the WTO Appellate Body rendering it moribund

The Trump Administration has also threatened to withdraw the USA from the WTO. The US’ 11% is the largest contribution to the budget.  China has now replaced the USA has the world’s major trading nation and a dispute is ongoing between these trade powers.

The row in the WTO, as I indicated in a series of articles, concerns the development status of a number of members, primarily China, which have self-designated as developing countries and thus are entitled to Special and Differential Treatment (S&DT) provided through the WTO Agreements. This is a very sensitive issue, but one which must be addressed in reforming the organization. Another issue gathering steam is whether China should still be classified as a non-market economy.

China’s Commerce Minister, Zhong Shan, has indicated his country’s support for the multilateral trading system and for necessary reforms.

In addition to the animosity displayed in the WTO, the Trump Administration has not cloaked its disdain for the UN and its Specialized Agencies. As with the WTO, the USA is the major contributor to the UN’s budget providing 22%. The US clearly feels that it is not being accorded the respect it is due in the UN. From their reckoning, Member States, specifically developing countries, too frequently vote against when they should be voting with the USA. This has been an issue before the arrival of President Donald Trump and his “America First” policy, which is not new.

US interests have always been paramount and, undoubtedly, will continue to be. Donald Trump has just baldly articulated a more isolationist stance than other US Administrations in the 75 years since the UN’s creation.

As you may recall, the USA has already withdrawn from the United Nations Education Scientific and Cultural Organization (UNESCO), the Human Rights Committee, and the UN Framework Convention on Climate Change. More recently, it has signaled its withdrawal from the World Health Organization (WHO) accusing the body of collusion with China facilitating the global spread of COVID-19.

The United Nations Conference on Trade and Development (UNCTAD) is also not a favored organization of US Administrations. The US would have preferred having only one trade organization, the WTO, which has now also fallen from favor.

At the UN General Assembly in September, President XI Jinping spoke with the confidence of a world leader; one prepared to play a more significant role in the global multilateral arena. On UN Day, October 24, the Chinese UN Ambassador, Zhang Jun, delivering his country’s message, said that China stood firmly with multilateralism and with the United Nations.

China’s view is that a better and shared future can be built together. President Trump, in his UN Day proclamation, called for a more agile, effective, efficient, transparent and accountable UN.

The reality is that most of the world’s problems cannot be resolved unilaterally or bilaterally. They require a multilateral approach which is in the interest of CARICOM countries.

Much of the US focus is now on China, which in the last 19 years, has become a trade superpower and has been extending its political and economic influence around the world including into Latin America and the Caribbean.

In 1972, Richard Nixon, US Republican President, visited the People’s Republic of China opening the door to normalizing relations in 1979. US business interests then started engaging with China. In 2001, under another Republican Administration, China, then a planned socialist economy, entered the WTO as a developing country. US multinational corporations flocked to invest in China with the main attraction being plentiful cheap labor. In a world driven by globalization, China quickly became the world’s factory through outsourcing.

China has a significant goods surplus with the USA. US services exports to China in 2019 were valued at US$57 billion and imports from China were at US$20.1 billion. In August 2020, the US’ debt owed to China was US$1.07 trillion. China has the second highest amount of US debt held by a foreign country. The first is Japan.

This is an indication that the two economies are now intricately intertwined.

Note too that the Chinese economy has demonstrated greater resilience in this health and economic crisis with IMF projected growth of 2% for 2020.

By the time this article is published on November 4, voting will be over in the US elections and there may be some idea whether Donald Trump will be serving his second term or whether Joe Biden will be starting his first as President commencing in January 2021.

If Trump, we may see an emboldened President bent on pressing a more isolationist foreign policy and continuing his belligerence towards the multilateral system. If Biden, we may see a President more understanding of the US’ strategic need for global cooperation and more willing to engage in the multilateral arena to advance US interests. One thing is sure, it will not be in the interest of either to refrain from engagement with China especially at this time.

Well, I think we in CARICOM are all anxious to see how this unfolds and which USA will be in the multilateral arena.