GEORGETOWN, Guyana – Dame Janet Bostwick, the first woman to act as Prime Minister and served as deputy to the Governor General of the Bahamas on two occasions, has been named the 2021 recipient of the Caribbean Community (CARICOM) Triennial Award for Women. 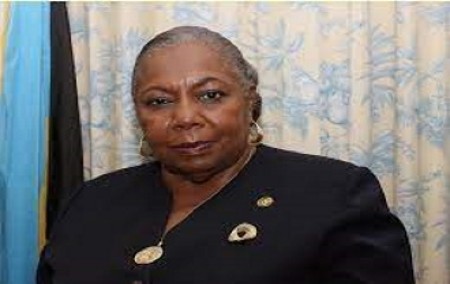 A spokesman for the Guyana-based CARICOM Secretariat confirmed Monday that the announcement of the award was made during the 40th virtual meeting of the Council for Human and Social Development (COHSOD) on Gender held last week.

Dame Janet, will join 12 other distinguished Caribbean women to have received the award. Previous recipients include the late Dame Nita Barrow of Barbados, Madam Justice Desiree Bernard of Guyana, Marion Bethel of The Bahamas, and Shirley Price of Jamaica.

The CARICOM Triennial Award for Women is bestowed upon Caribbean women who have made significant contributions to the socio-economic development of the Caribbean Community and to the advancement of gender equality and women’s empowerment.

Nominations are accepted from national governments, non-governmental organizations, regional institutions and the private sector into the CARICOM Secretariat, which received submissions of ten nominees from six member states, including The Bahamas, Barbados, Belize, Jamaica, St Vincent and the Grenadines and Suriname.

Recipients receive a 14-carat brooch pendant with the CARICOM logo presented in a jewel box, as well as a scroll with a citation to the awardee in a leather cylindrical holder.

Dame Janet became politically active in 1976 as a member of the now ruling Free National Movement (FNM) and was appointed to the Senate in 1977. In 1982, she won the Yamacraw seat for her party, making her the first woman elected to the House. She would hold the seat for 20 consecutive years.

In 1992, after 25 years in opposition, the FNM defeated the Progressive Liberal Party (PLP) and Dame Janet was appointed to Cabinet. She served in various ministerial capacities and in November 1994 she was appointed Attorney General, the first woman to hold that position in the country and the region.

In 2019, she received her appointment as Dame Commander of the Most Excellent Order of the British Empire at an investiture at Buckingham Palace.