WASHINGTON DC - Jamaica’s Ambassador to the United States Audrey Marks says Jamaican women are consistently redefining expectations around what heights women can achieve, having shattered the proverbial glass ceiling in both the public and private sectors. 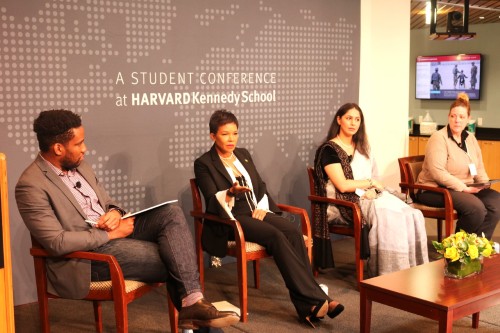 As creators and nurturers, we have used the fragments to build a foundation for current and future generations,” she said.

Ambassador Marks pointed out that “Jamaica has the distinction of being among a small group of countries that has led the way in embracing the leadership of a woman in the highest office in the land. In our case, the Most Honourable Portia Simpson Miller who served as Prime Minister of Jamaica, twice.”

In addition, she pointed out that Jamaica not only boasts the highest number of female managers in the world, Jamaica also boasts the first Chief of Defense Staff, Rear Admiral Antonette Wemyss-Gorman who is the second woman in the world and is currently the only woman globally to hold command of a national military.

Ambassador Marks pointed to Jamaica’s parliament which now has a record number of women in the house and the Cabinet. “We currently have women occupying the positions of both Speaker and Deputy Speaker of the Parliament. The Government Business in the Senate is also currently led by a woman. In fact,

following the last general election in 2020, 18 women were elected at the polls, pushing the percentage of women in Parliament to a record 29%,” Ambassador Marks noted.

“I wish to mention two more Jamaican women impacting the world - Olympians Elaine Thompson-Herah and Shelley Fraser Pryce, the fastest women in the world. Might I add that although Vice President Kamala Harris is an American, given her heritage, Jamaicans claim her as one of our own and praise her ascension to the second highest office in the United States.”

The records will show that where women are represented in higher levels of leadership, outcomes are longer lasting, balanced, and equitable. Therefore, I support every opportunity that highlights our achievements. “We are well past being token representatives,” she declared.

The first female Ambassador of Jamaica to the United States, Ms. Marks commended the organizers of the conference “for this wonderful platform to celebrate and encourage women for the monumental impact being made to global development, by unleashing the power within and defying the odds, for a brighter, more sustainable tomorrow.”