Looking out into the darkness beyond the windshield of her mother’s car, where Chelesa Fearce and her mother were spending the night, her dreams of Yale Medical School seemed impossible. 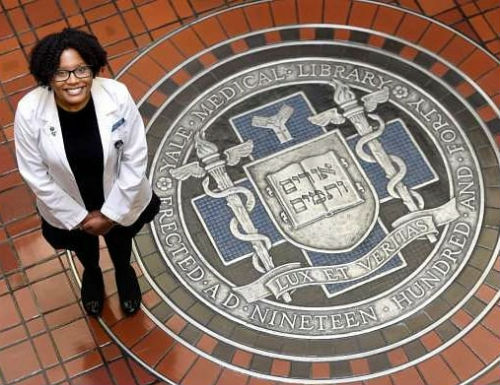 Chelesa FearceFearce and her mother moved around Atlanta a lot. Sometimes shelter was an extended-stay hotel.More often, it washer mother’s car. She learned to survive on one meal a day. She stayed focused. She refused to let homelessness delay her ambitions.

Her persistence and hard work slowly paid off. She graduated high school as valedictorian with a 4.5 grade point average. Spelman College awarded her a full scholarship. She graduated Phi Beta Kappa with honors with a degree in biochemistry in 2017.

From there she worked for two years at the National Institutes for Health, researching drugs for neurological and psychiatric disorders. Now she’s a first-year medical student at Yale Medical School, while also enrolled in a Ph.D. program at the same time—on another scholarship. She wants to be a child psychologist.

Those desperate nights that could have broken her are now the stuff of rear-view mirrors.

“I just tried my best to focus on the future and what I had to do,” Fearce told Urban News Service, a division of Zenger News. “I always told myself that the future would be brighter than this. I also truly believe that education is the most suitable and attainable way for me to get out of a life of poverty.”

On the really difficult days, Fearce said, her faith gave her hope.“I would just open my Bible to any page and for the most part, whatever page I landed on usually corresponded to what I was feeling,” she said. “Reading the Bible helped keep me sane and focused. It helped me understand that because of the temporary battles I was facing, I would be a lot stronger in the future.”

“Chelesa has always been a loving and studious child,” Shepherd said. “She never gave me any problems growing up and always did what I asked her to do.”

Shepherd gave her a strong example to follow. She grew up in foster care in Mississippi, bouncing around to 17 different homes. Sometimes between placements she voluntarily slept in detention centers or jails for her own safety.Her cancer diagnosis was her low point. 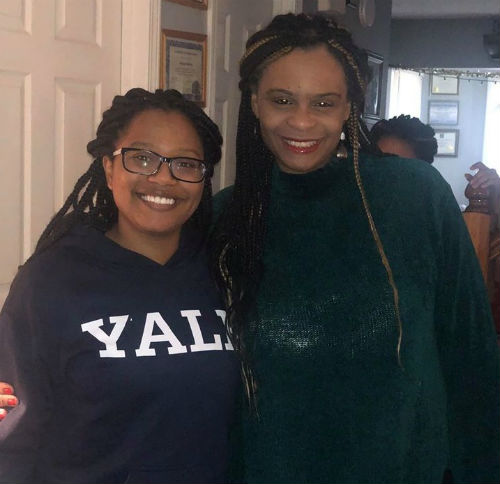 Now Ms. Shepherd is the founding CEO of Crusade to Nurture Children’s Success, an Atlanta organization that supports foster children. Shepherd has four biological children; Fearce is one of her three adopted kids.

“I couldn’t afford many things her friends had,” Shepherd said, “but [Chelesa] was humble and never held anything against me because we were poor.”

Fearce said she drew strength from how her mother handled her struggles.

Fearce said she talks “every day” with her older sister Chelsea Shelton, another honors college graduate. “She was a great role model to me. Watching her work multiple jobs and still excel gave me the motivation to make her proud. I hope that I inspire my younger siblings in the same way.”

She said her experience at Spelman “shaped my life in so many ways. It gave me my best friends and some of the best memories of my life. Spelman had black men and women as professors, something of which I truly appreciate, as I don't see that here at Yale at all.”

Attending a famed historically Black college was “truly was the best decision I ever made,” said Fearce.

Yale Medical School is challenging in new ways.“It is way more thanI had ever expected,” she said. “There is an endless amount of information to know.”

“I understand my privilege,” she said. “Though I grew up poor, I grew up poor in America, and I am afforded so many opportunities to excel.”