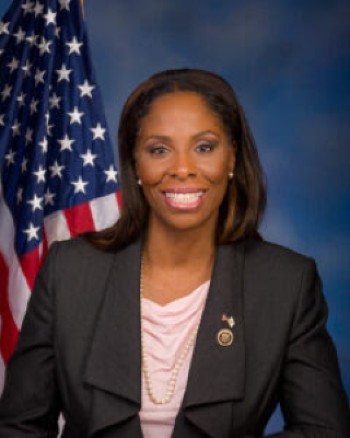 WIADCA said in a statement that the four Grand Marshals will make history by “walking Brooklyn’s Cultural Row in solidarity to commemorate WIADCA’s 55th Anniversary.”

Plaskett, who represents the USVI at-large Congressional District in the US House of Representatives, is currently serving her fourth successive, two-year term in Congress.

A member of the House Ways and Means, Budget and Agriculture Committees, Plaskett noted that the Caribbean American Labor Day Carnival is the largest cultural event in the United States and Canada, commanding an attendance of about two million people, with one million tourists coming from all over the USA, Canada, and around the world each year.

She said this year’s celebration is the first one of its kind since the onset of the COVID-19 pandemic, stating that it will be “particularly special since New York was the epicenter of the COVID outbreak.

“We expect a record turnout of individuals ready to celebrate the beauty and significance of Caribbean culture,” Plaskett said. “As a proud Crucian (native of St. Croix), Caribbean American and Brooklynite, I am extremely proud to have been chosen as one of the Grand Marshals of this year’s parade,” Plaskett said.

“New York has long been a rich epicenter of Caribbean families and our collective culture with multiple layers of Caribbean heritage that contribute to the arts, music, history, and cultural identity of this part of the United States,” she added. “I would like to thank the WIADCA Board of Directors, Members and Advisory Committee for this opportunity.” 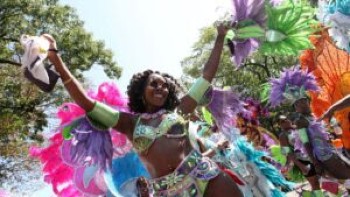 WIADCA said that the in-person pageantry returned on Thursday with five successive days of spectacular carnival, culminating with the massive Carnival Parade on Monday.

“Road rules are safety first, costumes only and culture matters,” WIADCA stressed. “The lifeblood of carnival is our community and cultural partners, and we applaud them all for sticking with us to keep our culture alive.”

Except for the Labor Day Carnival Parade, all events take place on the Brooklyn Museum grounds.