From the Covid-19 pandemic to the presidential election, 2020 will go down as one of the most historic years in modern times. The year has defined many of the people in America's livelihoods, leaving many without direction or purpose, leaving them lost, scared, and confused. With negativity feeling so commonplace these days, it's easy to get consumed by the madness that is 2020. But in Miami, the Magic City, one man has decided to immortalize and commemorate recent times, showcasing his city, his world, through the perspective of one of its icons. Enter, DJ Fly Guy. 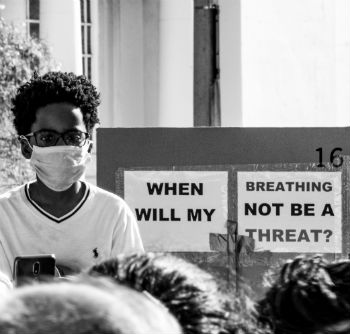 Born Rahsaan Alexander, DJ Fly Guy began his life in Georgetown, Guyana, before moving to Brooklyn, NY, and then finally Miami, FL. Rashaan had what felt like regular life growing up, being raised in a typical two-parent household until his father tragically passed away from pancreatic cancer when he was only 15 years old. Despite the devastation caused by the personal tragedy, a young Rashaan never wavered, developing a passion for creating, a passion he said was inspired by his two older brothers that he was fortunate enough to watch as they got involved in hip-hop culture as DJ's, rappers, and journalists, and have massive success in their respective paths. Paired with the fact that from 10 years old, he knew he wanted to be the type of person that had entertained those around him, a realization he made in 5th grade when a teacher pointed out his talent for storytelling and invited him to share a story with the class, it seemed Rashaan was destined to channel his inner passion for creating and share the results with the world.

From rapping to creating his clothing brand, Rashaan launched project after project until finally, at the age of 28, he began his new career as a DJ. Initially, the transition came as a surprise, and with nothing more than a passion for making music and a vision, he made his way into an industry he would later define. 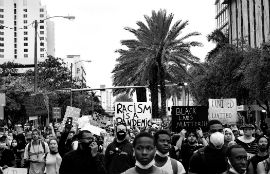 "What I didn't expect back in 2008 when I first laid my hands on a pair of turntables in front of an audience is that it would evolve into a full-fledged career, making me one of the premier DJs in Miami in the past decade. I remember standing in the back of the bar, watching and listening to how the crowd moved to the music. It was in that moment that I told myself, if I was on that stage, in control of the energy, I could make the people move just as well, with the knowledge of music and energy I possess."

Adopting the moniker DJ Fly Guy, a name given to him just because of the way he dressed and carried himself, Rashaan worked through an initial wave of criticism and blowback from being a new DJ entering the scene during its digital era and working off the belief that "it's not about the equipment you use, but how you care for what you're doing, he spent the following decade honing his craft and not only cementing himself as a staple in the Miami nightlife scene but as a global sensation. Making waves at events such as Miami's Art Basel weekends year after year, as well as playing in nationally-renowned festivals and nightclubs from Tokyo to Switzerland, Asia, Canada, the Caribbean, and South America, the likes of Drake, Erykah Badu, A$AP Rocky, J Cole, and Robin Thicke have chosen Fly Guy to DJ their private events, with even Headliner Market Group (the company behind two of Miami's and the country's biggest parties, LIV on Sunday at LIV nightclub, and STORY Thursday at LIV's sister club) having him as a resident. 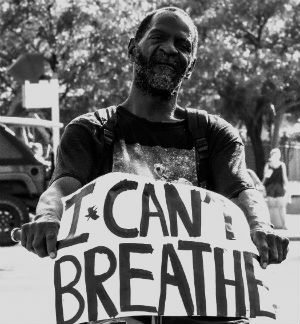 Even amongst the nightlife industry, a place notorious for many choosing to fake it until they make it, DJ Fly Guy has made a name for himself as being as genuine as they come. Recently, that ingenuity shine

even brighter as he prepares for his latest project, "To Miami with Love." With the onset of COVID-19 and the shutting down of all events and parties, many would assume Miami is a shell of its former self, but to DJ Fly Guy, the party can still go on. To Fly Guy, Miami doesn't need regular major events to survive. The city is rich with art and culture, with a community full of strong and talented people who can consider showcasing their work, despite the pandemic. Thus, "To Miami with Love." Being a story of surviving in real-time, the artbook and exhibit duo aims to represent the willingness and courage it takes to adapt and figure out what's next for one's life. To many, 2020 has shown that life can throw curveballs at you, and you have a choice of either letting it break you down or shoulder it and power through.

"I wanted to continue to create and evolve as a creator, and doing photography felt like the perfect extension of my passion for creativity. Jonathan Mannion once said, "The camera is the last piece of the puzzle," and to me, I took from that that I may not have had a camera in my hand for the past 20 years, but I've always seen moments, inspired by everything around me. I've had a significant role in helping to define what Miami is from an entertainment standpoint. When people want to party, they come to Miami. I've seen it all outside of the camera lens and looking back, I don't think we could get back to that setting any time soon. Nightlife has forever been changed, so I decided to show you what this new normal looks like." 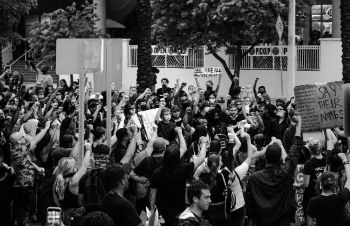 To Rashaan, the pandemic shook the powder keg of mental health, testing each of us and either making or breaking us, claiming to know that it had broken some people that he knew. A lot of people in the nightlife industry don't know where their next meal is coming from, and as someone who was riding high for the better part of the last decade, losing everything even brought Rashaan into a deep depression, one that he swore he wouldn't let destroy him. Immediately his focus shifted, keeping true to his passion for creating and revisiting a love for photography, a love that began in high school with the movie Love Jones.

"Growing up, Love Jones did a lot for me, inspiring me to get into photography, which, while important, didn't come to the forefront of my life until recently. I remember the movie and the photos shown in black & white, which serves as inspiration for this project, bringing things full circle and showcasing how I felt as a teenager and how I feel now. I've always been someone interested in history, especially my people's history, black people's history, which always feels as if it has been omitted from the bigger story. People will talk about 2020, so I want to contribute and immortalize this year with visuals of my city, showcasing it through the eyes of one of its premier entertainers. I'm willing to share it with you guys, even if I know some people in my position won't, and I'm hoping to not only let this help me make my mark during this global shift but create something that can motivate and inspire someone that has been knocked down enough to get them back on their feet and find the light."

Rashaan describes the process as therapeutic for him, helping him find his way during this dark time. Even though he's admitted, he isn't sure if the book or exhibit will be successful, he is grateful for what the experience has done for his spirits. Despite his positive outlook, Rashaan's life has been devastated by the coronavirus, much like many other Americas. With the pandemic closing down the nightlife scene, Rashaan could no longer be DJ Fly Guy, and without his job, the harsh realities of figuring out how he was going to pay his rent or continue to live on began to loom over his head. Even with that immense pressure, Rashaan remains optimistic and confident that "To Miami with Love" is just the beginning.

"If I could, I'd like to make the project into a trilogy, showcasing the most important places of my life, the places that impacted me the most. Capturing the essence of the cities where my family is from and the first city I was exposed to when I moved to the United States, I believe this thing could grow to be so much more than me. I see an opportunity to expand and one to collaborate with anyone who'd be willing to collaborate with me. I've always said there's strength in numbers, and the more creative energies we put together, the better the outcome. While I may be new to the world of photography, I never cared about someone telling me I'm better or worse than the next person because I've been focused on being the best me."

While most people would have probably allowed 2020 to defeat them, Rahsaan “DJ Fly Guy” Alexander, looks to create an opportunity from nothing, not just for him, but for the people of Miami and the people of America. As an advocate for mental health, he understands that this year is unique, serving as rugged terrain for many of the people still trying to find their way along their path, and with that in mind, he aspires to help those people find their way as a light in the darkness. He hopes to help those who are lost or struggling to find their purpose, and it all starts here and now, "To Miami with Love."