STUDIO 17: THE LOST REGGAE TAPES opens a door into the creation of a musical form that changed the sound of popular music around the world and takes a hard look at the real lives of the poor musicians who created it. Located in the heart of downtown Kingston, Studio 17 was a nerve center of Jamaica’s vibrant music scene. Shot in Jamaica, London, and Hamburg, the film follows Clive Chin’s own battle to secure the rights to the Randy’s archive so that the music will be heard by future generations. We also see his emotional struggle to overcome the murder of his son Joel Chin, who was head of A&R for VP Records and worked closely with dancehall stars like Sean Paul & Beenie Man. 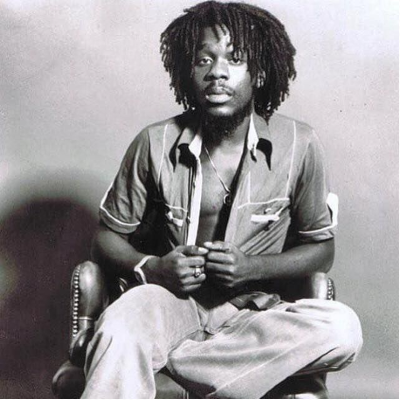 Dennis Brown, the Crown Prince of Reggae Widestream Films and Iambic Dream Films in association with BBC Music presents ‘STUDIO 17: THE LOST REGGAE TAPES.’ The feature-length documentary was a hit on British TV and at select film festivals before the Coronavirus pandemic. It will have its U.S. debut starting on February 1, 2021 for Reggae Month on Qwest TV, Quincy Jones’ video-on-demand service for lovers of great music.

The film will also be available for a limited time on Tidal, the streaming service founded by hip hop mogul Jay-Z, as part of a special Reggae Month campaign on the Tidal home page starting February 1. 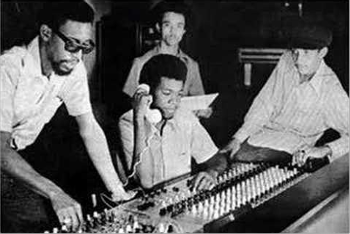 ‘STUDIO 17: THE LOST REGGAE TAPES’ features an unreleased track from the Studio 17 archives by Dennis Brown, the late great Crown Prince of Reggae. The legendary singer’s 64th birthday on February 1 kicks off the worldwide celebration of Reggae Month.

The song was produced by Clive Chin in the mid 1970s at Studio 17 and left unfinished and unreleased until being rescued by Clive many years later. After forty years, the internationally acclaimed musician, songwriter, and producer Dave Stewart of Eurythmics fame collaborated with Clive to finish the tender love song, adding vocals by teenage singer Hollie Stephenson to make a moving duet that can be heard for the first time in the documentary. 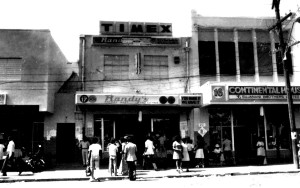 STUDIO 17: THE LOST REGGAE TAPES includes original interviews with iconic figures like Jimmy Cliff, Lee “Scratch” Perry, Sly Dunbar, Maxi Priest, Ali Campbell of UB40, King Jammy, Lord Creator, Ernest Ranglin, the late trombonist Rico Rodriguez, and the late producer Bunny Lee, who passed away in 2020 due to Covid-19. The film tells the story of the birth of reggae as it rose from humble beginnings to become a worldwide phenomenon.

The in-depth documentary tells the story of how Lord Creator fell on hard times after recording early hits for Randy’s and other producers. Years later he was homeless and destitute until the British reggae band UB40 covered one of his classic songs and changed his life forever.

Located in the heart of downtown Kingston at 17 North Parade, Randy’s Records and Randy’s Studio 17 were founded by Vincent and Pat Chin, becoming a nerve center of Jamaica’s vibrant music scene. Amidst the political strife of the late 1970s, the Chin family relocated to America to start a new life. Years later, Vincent’s eldest son Clive Chin returned to salvage hundreds of precious reels that were left behind, painstakingly restoring these lost recordings by many legends of ska and reggae.

During the late 1950s Vincent “Randy” Chin was working for a jukebox company, changing out worn records all over Jamaica. Instead of throwing the used records away, Vincent had the bright idea of selling them at a reduced price. By his side from the start was his wife Pat, who had given up a career in nursing to join Vincent as he travelled around the island. Together they set up Randy’s Records, just as a spirit of excitement was starting to grip Jamaica with the onset of independence from Great Britain. In 1962, Vincent produced his first record, “Independent Jamaica” by Lord Creator, a charismatic singer of the time. The song became a huge hit, launching Vincent Chin into a lifetime of record production.

The Randy’s archive contains hundreds of reels featuring many unheard and unreleased songs by The Wailers, Peter Tosh, Dennis Brown, The Skatalites, Alton Ellis, Gregory Isaacs and many more legendary stars of Jamaican music. Somehow these precious tapes survived years of neglect as well as looting, hurricane Gilbert, and intense tropical heat. The songs were produced by Vincent “Randy” Chin and his son Clive Chin at Randy's Studio 17, which was located upstairs from the family’s bustling record store at 17 North Parade, forming Jamaica’s first fully integrated production and sales outlet.

In its prime, Studio 17 was a magnet for top Jamaican talent, including Bob Marley & the Wailers, Peter Tosh (who also worked there as a studio musician), Dennis Brown, Gregory Isaacs, Alton Ellis, Ken Boothe, Carl Malcolm, Jimmy London, The Skatalites, American soul star Johnny Nash and many more. Legendary producers like Lee “Scratch” Perry and Bunny Lee booked out Studio 17 regularly while Vincent mentored his son Clive Chin in the art of engineering and production. Clive’s sessions with Augustus Pablo yielded the historic Java Java Java LP, the first dub album in music history. But the good times would soon come to an end.

Years later, Clive Chin undertook a mission to rescue the treasure trove of original Studio 17 tapes. Inspired by the tragic death of his son Joel Chin, a VP Records employee who was murdered in a still-unsolved shooting in 2011, Clive resolved to digitize and re-master these stunning recordings from reggae’s golden age. Listening to session tapes with ace musicians bantering between takes is like stepping into a time machine, an experience that unleashes a flood of wonderful memories from Clive Chin’s years working alongside his father.