The Jamaica Cultural Development Commission (JCDC) has paid tribute to the former Production Director, Mr. Bert Rose, who passed away at the University Hospital of the West Indies on Thursday, April 1 after falling ill. 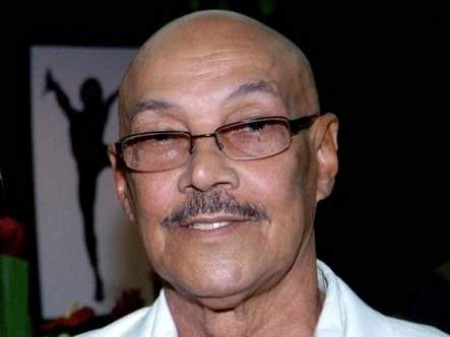 Mr. Rose was hailed as a highly respected and renowned creative artist – dancer, choreographer, costumier, set and stage designer and one of Jamaica’s premier live-event coordinators.

While Mr. Rose’s affiliation with the JCDC began since its inception, when his creativity and resourcefulness were utilized through the conducting of Dance workshops across the island, he officially joined the Commission as the Production Director in 1990 and was in charge of the staging of all national and commemorative events. These included the annual Independence Grand Gala, the National Festival Queen Coronation, Mento Yard,all National Church servicesand the Independence Gran' Market and Independence Village. He also coordinated the Independence street parades and designed and coordinated floats for the Jamaica float parade.

In addition to these national noteworthy events, Mr. Rose also coordinated the events surrounding the formal visit of former South African President and anti-apartheid hero Nelson Mandela to Jamaica in 1991, and the royal visit of Her Majesty the Queen Elizabeth II to Jamaica in 1994.

Though his tenure with the JCDC officially ended in the mid 1990’s, as Mr. Rose was known specifically for his work with costuming and set design for the annual Grand Gala production, his event production company Rose and Co. would continue to assist with the coordination of the Gala until the mid-2000s.

Michael Nicholson, renowned Jamaican actor, and former Event Coordinator at the JCDC, worked closely with Rose during his tenure at the Commission and described him as a brilliant creative, and an excellent costume designer, choreographer and set designer.

“Bertie was always the consummate professional, he was always willing to teach the rudiments of design and events management, and he was very meticulous when it came to his work. One of his most defining qualities was his keen attention to detail. He would not just organize, but literally create these memorable national events,” Nicholson said.

Prior to his death, Mr. Rose was officially invested to the Order of Distinction (OD), and was also awarded the Centenary Medal and the Musgrave Silver Medal from the Institute of Jamaica for his outstanding contribution to cultural development and the creative arts in his beloved nation.