The 'Crownin' of Brigadier Jerry Set for March 12th 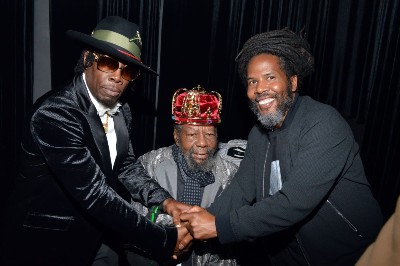 Irish and Chin is thrilled to celebrate another musical stalwart, Briggy, as he is affectionately called by his peers. The artiste came to fame on the Legendary Jah Love sound and despite multiple entertainers using the title ‘General’ -- Brigadier Jerry earned the moniker, proven by the number of artistes who imitated his performance styles throughout his career.

Brigadier Jerry continues to earn the admiration from others within the music industry with the late Early B having referred to him as “the God of all deejays,” while Shabba Ranks describes him as a “Dancehall library,” because of his ability to recall, teach and inspire the masses.

The ‘Crownin’ is the brainchild of Irish and Chin’s CEO Garfield ‘Chin’ Bourne, who heads the media and entertainment entity based in New York. The special event is being held in tandem with their nostalgic "Time Travel Series: 1983." The company has an outstanding track record for promoting various aspects of Jamaica’s music culture for almost 30 years.