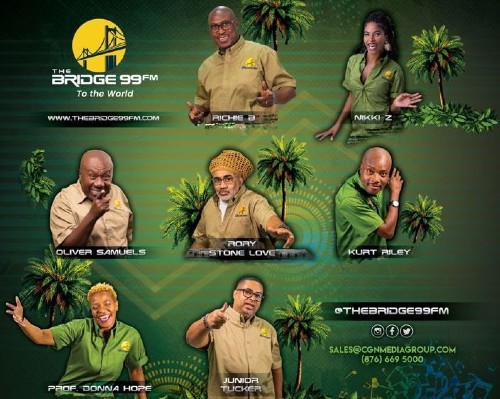 "I see this as a great opportunity at the Bridge to connect with a fan base that has been quite loyal over the years," Burgess shared.

"Many of these listeners - especially in the diaspora - we have grown together over the years. I have hosted shows, done outside broadcasts in these territories. Having assessed multiple offers that were on the table and consulted with my family and my management team, we unanimously felt that the Bridge, which has a strong presence in the diaspora market, offered the best opportunity for my continued growth and the desire to connect with my loyal fans base" Burgess stated.

The Bridge 99FM will begin broadcasting on Monday, July 12 with Burgess tasked with the important 6-10am time slot that is designed to get listeners up and on the go for the work day. The program will combine humor, great music, special features and hot celebrities plus interviews with engaging guests.

An interesting addition to The Bridge lineup is comedian Oliver Samuels who previously hosted a feature on Irie Jam Radio in New York in the 1990's. Samules has appeared in over 13 national pantomimes and has appeared in overseas productions such as 'The Fight Against Slavery' and his very funny television series 'Oliver at Large' which established him as a household name in the Diaspora. Clarke is confident that Samuels will make the transition from comedian to successful radio personality.

"We are very, very excited about Oliver, who will make his Bridge debut with 'Sam Sam Seh,' a 90 second commentary on current events and topical issues. This feature will run throughout the day on various programs. Oliver will also host a full program that will go to air three weeks after we launch. A true renaissance man, we are confident that this certified 'King of Caribbean Comedy' will bring a fresh new vibe to the Jamaican airwaves that could transform radio as we now know it" Clarke noted. 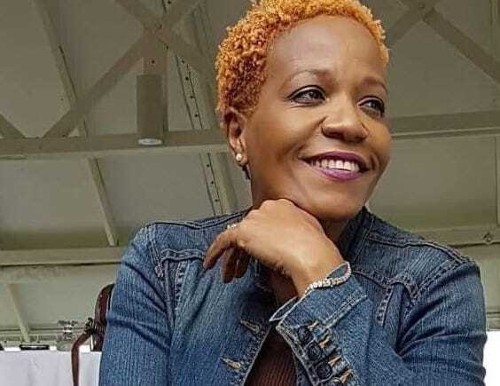 To ensure the success of the new venture, Clarke said he has signed Nikki Z, a 20 year veteran of radio, television and stage who has been delivering compelling new media content to fans worldwide.

Prof Donna Hope, a lecturer in Reggae Studies in the Institute of Caribbean Studies, at the University of the West Indies, Mona will host a hot new daytime talk show that will explore diverse topics and discussions including backyard gardening, cosmetic surgery, murals/Jamaican street art, culinary arts, the Olympics, dancehall dance entrepreneurs, politics of hair/dress codes and cultural appropriation vs imitation. Prof Hope said her journey from rural poverty to university professor has equipped her with a keen sensitivity towards Jamaican social and cultural life.

"Rory is arguably one of the most influential sound system selectors in Jamaica's pop culture" Clarke noted. "He is an outstanding producer as well, having worked with Nadine Sutherland, reggae band Rootz Underground and countless others. I am particularly proud of his work on Jah 9's debut album, 'New Name' that launched her career. We are extremely proud to have him on board at The Bridge 99FM. I am confident he will do well."

Clarke said "The Bridge - which is owned by Caribbean Global Network (CGN) Group, operators of IRIE Jam Radio, the loudest voice to the Jamaican Diaspora in the New York tri-state region - will satisfy the insatiable need for extensive community news, information, entertainment, and lifestyle media coverage. Listeners can expect The Bridge to deliver content that closes the divide between home and abroad by sharing news, culture, and creating opportunities beyond the border thanks to a limitless flow of information. The station’s HD video format will stream globally, one of the only Caribbean outlets to provide that level of access" he stated.

Clarke comes to the table with twenty-eight (28) years experience in media. In 2018 he was conferred with the Order of Distinction, (OD) Officer class for dedicated media services to Jamaica/Caribbean nationals of the New York tri-state area. For almost a decade, his media company partnered with Reebok/adidas to market and promote the annual adidas Grand Prix where Olympic Champion Usain Bolt first broke the100m world record in 2008.