CaribPR Wire, Toronto, ON, : Canada’s first Black Caribbean reality show, Auntie Jillian, begins airing on Synergy TV on Sunday June 20th, 2021, at 8pm EST with a Live “Meet The Danfords” post-show special hosted by Fusion’s DJ DLife. “I never thought people would be interested in my family, let alone make Canadian television history,” exclaimed Jillian Danford, aka Auntie Jillian. “But to have the show airing throughout the Caribbean and the U.S has completely exceeded my wildest expectations.” 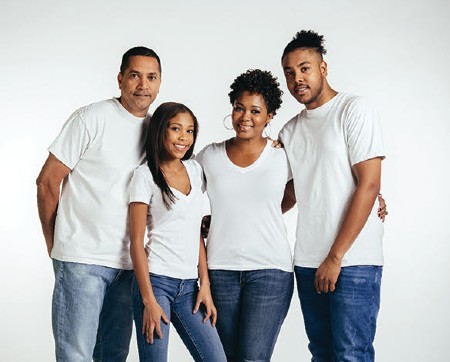 Trinidad’s Jillian Danford & Jamaica’s Warren Danford’s Daily Culture Clash with their Canadian Kids Bring the Laughs to the Caribbean and U.SAuntie Jillian started off on YouTube™, quickly amassing 100K+ subscribers and more than 14 million views from a culturally diverse international audience. Born in Trinidad and married to her Jamaican-born husband Warren, the couple’s hilarious interaction with their Canadian Millennial and Gen Z kids, Myles and Milan are just one of the reasons Synergy TV picked up the show. “We love how Jillian and Warren keep the Caribbean culture alive in their household, passing it down to Myles and Milan. This is the kind of positive programming that Synergy is bringing to the Caribbean and the US,” said O’Brian Haynes, General Manager of Synergy TV. “We fell in love with The Danfords, we know our viewers will too!”

When cultures collide, hilarity ensues as the Danfords with their extended fun-loving cast of friends encounter laugh-out-loud moments. From their first camping trip to a Generation X vs. Millennial cook-off, and Warren’s first waxing experience, Auntie Jillian keeps viewers in stitches.