Shaggy Appeals to Jamaican Reggae Artistes to Be More Businesslike 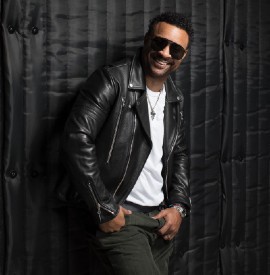 Shaggy, who was special guest on the third in the series of “Lets Connect with Ambassador Marks,” an online diaspora town hall meeting which took place last Thursday, noted that many local artistes needed to treat the entertainment industry as a business and be more professional in how they approach the industry.

“The artistes have to start handling themselves in a more professional manner. Because if you’re not ‘gonna do it professionally and have a professional team… Then you're going to look like [an unorganized] ‘patty shop’ operation, and you’re gonna be treated like a poppy show,” Burrell said.

He urged the government to do more in educating artistes on how to operate more businesslike, and to do more to support and promote the island’s music. He recommended that there be more seminars and workshops for artistes, which will guide them in how to manage their music operations both locally and internationally.

He said some years ago, he along with promoter Sharon Burke of Synergy had begun such a programme which unfortunately had to be curtailed as a result of the COVID-19 pandemic. However he was of the view that there was need for the government to join forces with him with a view to resuscitating this important programme.

Ambassador Audrey Marks in her comments, supported the need for continuing education on business operation and marketing among artistes as this will help them to navigate the difficult minefield of the international music business.

Turning to the matter of the popularity of Jamaican music on the international market, Shaggy pointed out that “as influential as Jamaican music is on the global stage, there is an underwhelming lack of support for the music from Jamaicans.”

He observed that many Jamaicans at home and across the diaspora did not support local musicians in the same way they supported other international artistes, as generally they were not subscribers of any of the streaming services which was now determining the direction of music internationally.

He told the large online audience which included Jamaicans from as far as New Zealand, that the Jamaican diaspora needed to do more in this regard in order to support Jamaican music, and by extension, the Jamaican culture. Ambassador Marks agreed, emphasizing that the diaspora’s strength is in their buying power. She went on to encourage members of the diaspora become subscribers and stream more local music, which could change the trajectory of the genre.

Shaggy further pointed out that “at this point, Reggae/Dancehall has less than 6% of the global market share, which he lamented, “does not really give us a seat at the table. But if we can do something as impactful as what we are doing with this record, entitled “Go down deh” with the Jamaican label [VP Records]  and with Jamaican artistes to promote dancehall, that certainly changes the cycle and certainly changes the tone and gives us a lot more leverage for us to have more in depth conversations with some of the powerhouses from Google, Live Nation, Apple, Spotify to Pandora etc.” Shaggy declared.

The newly released single, “Go Down Deh” from the “ Dancehall Queen,” Spice, features Sean Paul and Shaggy, and is dominating the global reggae charts with its debut at #1 on US and Israeli iTunes Reggae, #2 in the UK, Italy and Canada, and Top 10 on Apple Music, iTunes and Deezer in multiple countries including Japan, Jamaica (#1 on Apple Music), Germany and the Netherlands.

“Let’s Connect’ With Ambassador Marks” offers members of the diaspora the opportunity to speak directly with the ambassador about issues that are of interest to them, as well as to be updated on the government’s policies and programmes as well as the Embassy’s promotional activities.

From time to time, the Ambassador will be joined by various guests including ministers of government as well as key members of the diaspora, US government and key players in various agencies.