Nominated for Best Documentary at the Krakow Film Festival and the German Television Academy Awards, the highly praised “Reggae Boyz” documentary film pays tribute to Jamaican culture, strength, and pride of place on the world stage. 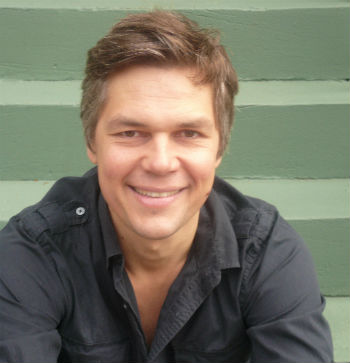 Till Schauder Director/Producer Till Schauder saw the worth and potential Jamaica’s national football team exuded and was inspired to tell their story. Knowing that the Reggae Boyz qualified for the 1998 FIFA World Cup, a feat which saw the island experience an unprecedented non-violent period, Schauder was determined to capture the moment in film. And, in 2018 it became a reality gaining awards and acclaim in film festivals throughout Europe and the United States for its unique tapestry of sports, music, and pop culture that characterises the island.

“The film is now more timely than when we filmed it because of everything that has been going on, specifically with Black Lives Matter. The scene where Sheldon Shepherd of the NoMaddz band sings the song about having to wash his black skin away, makes it very relevant now”, said Schauder in a conversation with Caribbean Today.

The film tells the story of a would-be football player, ‘Tuffy’ Anderson, who has hopes of joining Jamaica’s national football team. It follows the team through national and international matches all the way through the 1998 World Cup and beyond. Schauder weaves in actual events and personalities, including the new German coach. Through thick and thin, we follow the team’s trajectory and personal lives around their love of reggae music, sports, and the cultural flavours of the island.

“I’m told by audiences, including Jamaicans, that the film accurately captures the best of Jamaica,” Schauder said. 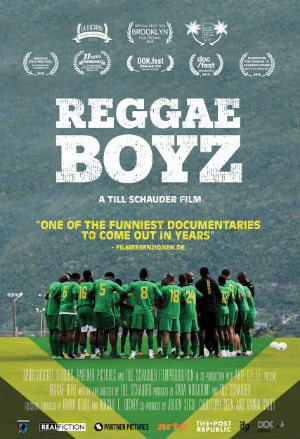 Asked about how he was perceived by Jamaicans as he toured the island making the film, the producer explained that as an outsider, a white non-Jamaican, he sought to find a way to connect with the people through a familiar voice.

“In the documentary community there is a lot of conversation about who should tell what story. Should a white person go into Jamaica and make a film about the country? I was aware of that when I made the film. And just like the film that I made in Iran where I was also an outsider, I made sure to have a character whose point of view I could adapt”, Schauder remarked.

He found that character in the national football team’s coach, German-born Winfried Schäfer. Being German himself, Schauder naturally connected with the coach, learning from him what it felt like to live in Jamaica and seeing the island through a sports lens.

“So, I could tell the story from this guy’s perspective, how he experienced the island. That gave me the freedom to do what I felt was authentic. The coach was in a way an extension of my perspective. My idea was never to create a tell-all about Jamaica, it’s more a particular perspective from an outsider”.

The Reggae Boyz have been through a series of coaches over the years, amongst them was football hero and former midfielder for the team, Theodore Whitmore, OD. Whitmore carried the team to the 1998 World Cup, but shortly after resigned as coach. Then in comes noted German coach, Winfried Schäfer. A very gregarious, flamboyant leader, Schäfer took charge of the Reggae Boyz, reshaping them into a more relaxed yet still aggressive team. According to Schauder, the new coach brought back a little bit of fun with his style and personality.

The producer wanted to highlight not just the team’s love of football, but also the music of the island that helped inspire and define them.

“When I saw the imprint that music has on the country and the kind of impact that this tiny island has on the world, I saw immediately the potential for Jamaica”.

Schauder met band members from the group NoMaddz and fell in love with their style and passion for the music. He and coach Schäfer met other musicians through the band, including Earl ‘Chinna’ Smith and Bunny Wailer, both of whom were part of the legendary Bob Marley & the Wailers.

“It’s just amazing the diversity and the depth of talent that exists in Jamaica”, said Schauder adding, “and for coach Schäfer this was eye-opening. For him to see the legacy of Bob Marley and Bunny Wailer’s contribution to that heritage, he was starstruck knowing that this is a cultural heavy hitter”.

Free screenings of the ‘Reggae Boyz’ film takes place on Thursday, November 12 at 7:30 p.m. and Sunday, November 15 at 4 p.m. To register and view the trailer, visit: https://smdcac.org/events/indie-flicks-reggae-boyz

For more information and future screenings of the film go to the Reggae Boyz facebook page:https://www.facebook.com/ReggaeBoyzMovie