AMSTERDAM, Netherlands – The Netherlands Public Prosecution Service Tuesday confirmed that a judge has sentenced the Jamaican reggae singer, Jah Cure, to six years in prison after he was convicted on a charge of attempted manslaughter. 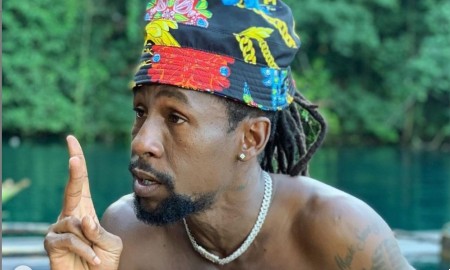 Reggae artist Jah CureIt said Jah Cure, whose real name is Siccature Alcock, was given the jail term with credit for time served as his claim of self-defense was rejected by the Court.

The verdict comes after a Netherlands court heard submissions of witness statements, viewed CCTV footage, and reviewed the voice note messages sent by Jah Cure to the victim

The prosecution had demanded that the singer be sentenced to at least eight years, with time served, for attempted murder and assault.

However, his lawyer Tim Scheffer argued that the incident was self-defense and that it was never the singer’s intention to stab the concert promoter in the first place. Scheffer also told the court that the threatening messages that Jah Cure sent prior to the stabbing were “part of the Jamaican reggae culture”.

The singer had performed at Blake’s concert, two days before and he claimed he had not been paid his performance fee of Euro 5,000 (One Euro=US$1.29 cents).

Media reports Tuesday said his legal team may choose to appeal the ruling in the Netherlands Court of Appeal.

In 1989, the “Behind these Prison Walls,” singer was sentenced to 13 years in prison for raping and robbing a woman at gunpoint.