New York, NY - With her soulful, reggae cover of Nina Simone’s ‘Four Women’, Queen Ifrica embodies the high priestess through her visuals reminding us of the royal embodiment of black women and the struggle for survival and equality. Produced by Grammy award winning artist and producer Stephen Marley, “Four Women” visuals will warm the hearts of music lovers all over the world. 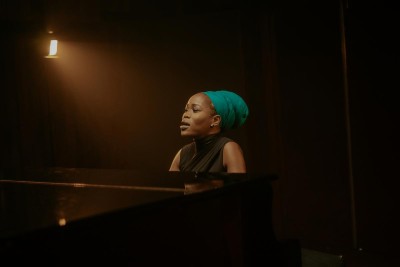 Photo Credit: Extreme ArtsAs women face gender-based violence, financial oppression, stereotypes within society based on their race and the damaging legacy of slavery the resurgence of the single “Four Women” is so timely. Directed by Extreme Arts, Queen Ifrica naturally personify Nina Simone through the royal images reflecting the many forms of our black women.

“I was able to channel Nina Simone because I am connected to the four women mentioned throughout the song “Four Women” says Queen Ifrica.

The original song was released in 1966 on Simone’s ‘Wild Is the Wind’ album and spoke to a similar struggle that the women of our society still face today. Ifrica has always been known for advocating to end violence against women in her own songs like ‘Daddy’, ‘Don’t Touch Me There’. She has also long been a voice of representation for black women in the entertainment space, as per her 2009 hit ‘Lioness on The Rise’, or more recently her 2017 hit ‘Black Woman’. This new single is merely another chapter in the book of her legacy.

“It was very exciting working with people I am familiar within the form of the band, young vibrant people such as the directors of the video Extreme Arts was a perfect match. Also, the communication from Ghetto Youths International team and Stephen Marley the process was easy” according to Queen Ifrica.