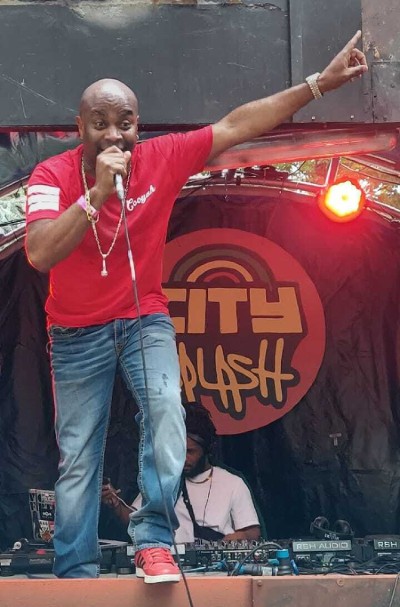 "I was asked by CAMA to be a host, as they thought I'd bring a different flavor to the proceedings," says Mixmaster J. "Hosting CAMA was a blessing......I truly felt like I found a new calling.....was very natural."

As if the happenings couldn't get hotter for English General, he delivered an exceptional performance at the highly anticipated City Splash Festival, a spectacular event celebrating Reggae music, food and culture. Setting the tone for a stellar show to follow, Mixmaster J wowed the revelers with an eclectic set that skillfully spanned Reggae and Dancehall music over the years. From the moment he dropped a customized dub of the legendary artist Shinehead soulfully crooning "At Last" -- one could clearly see it would be an explosive set.

"After 18 months of lockdown, this was a great and joyous opportunity to showcase my skills before a crowd of 9,000 people who may or may not know me, " says Mixmaster J.

There's no surprise that the Mixmaster J brand is expanding. While he loves candid interviews with high profile guests, premiering new music and entertaining listeners daily, he realizes that he has other gifts, worthy of nurturing.