MIAMI, Florida – As part of its Hot Theatre Summer Series, the Miami-Dade County Auditorium is turning up the heat with the World Premiere of Kisses Through the Glass by Nilo Cruz, July 28th - Aug. 7th. 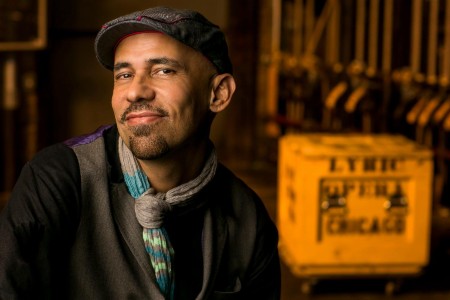 Nilo CruzThe play, which opens on Thursday, July 28th at 8:30 p.m., is the Pulitzer Prize-winning playwright-director’s second MDCA premiere in less than one year, having debuted Hotel Desiderium to sold-out audiences in November 2021.

This partnership is an example of the Auditorium’s commitment to fostering such progressive and dynamic works as that of Nilo Cruz, but also to providing a diverse and affordable theatrical experience for residents and visitors over the summer months.

The Meaning of "Kisses"

Kisses Through the Glass focuses on the closeness of humanity, as well as shared feelings of uncertainty and anxiety, brought about by the global pandemic, while exploring happenstance connections with a greater meaning.

An example of Cruz's fondness in working with actors who have previously appeared in his plays and readings, Kisses Through the Glass stars Hannia Guillén as Anabella, in the role of an actress trying to keep theatre alive, and Leo Oliva as Trevor, a truck driver who is completing his final delivery. Anabella and Trevor meet at a highway rest stop and forge an unbreakable bond.

“Nilo Cruz is a national treasure, and we are truly thrilled to have the pleasure of presenting this second premiere of his work in less than a year.” says Michael Spring, director of the Miami-Dade County Department of Cultural Affairs. "Cruz's work transcends boundaries, takes risks, and explores the beauty in the mundane."

Spring continues, "Miami-Dade County Auditorium consistently does an outstanding job of offering opportunities to our community’s diverse and outstanding artists to create and debut new work.”

The MDCA, part of the Miami-Dade County Department of Cultural Affairs, serves as the hub of cultural exchange and an incubator for supporting and developing the work of Miami-Dade County’s premiere local artists.