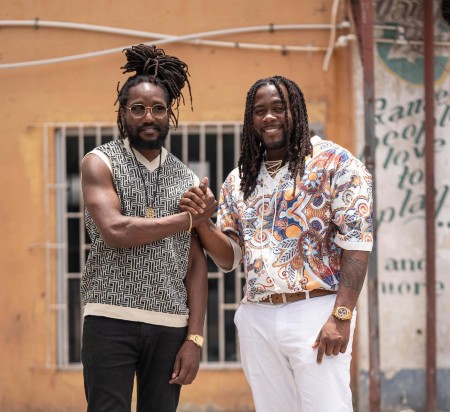 Produced by Damian Marley and co-produced by Sean ‘Young Pow’ Diedrick, “Grateful” celebrates life and the many things Kabaka would like to give thanks for. In his ever-expanding catalog, the accurate one, Kabaka Pyramid has carved his own lane through a noticeable brand of contemplative lyricism and devoted musicianship that is reflected in music. From his introductory project Rebel Music EP, released in 2011 to his debut album Kontraband, released in 2018 to hit singles more recently released, Quarantine, Believe, Make Things Work, Kabaka Pyramid’s growth highlights his ability to balance a healthy message and versatile delivery.

“Grateful” harnesses a powerful instrumentation courtesy Damian Marley & Young Pow; accompanied by a soulful serenade by Jemere Morgan and upbeat instrumentation. Kabaka begins to expertly rhapsodize his life in recent times. with the fervor, ferocity and flow of contemporary dancehall, the artist accentuates the changes in the riddim with different styles of hardcore delivery. Kabaka mixes the vibrance of youth culture, with the smooth grooves of older jazz and funk inspired sounds.