New York, New York - Signs is the refreshing and honest new single by US based Jamaican billboard artist Hoodcelebrityy, with a fresh world music flavor. The story she tells in this sweet soundtrack is one of tragedy, when a person finally realizes it’s time to move on from a relationship. This infectious beat remains true to Hoodcelebrityy’s Jamaican origins, and she capitalizes on the signature reggae staccato pace with her occasional patois lyrics and adlibs. This sensational new single is available for presave, but officially releases everywhere music is streamed, sold and watched on July 1st. This new single was produced by Constantin Ionita, Dee Sonaram and Robert Gergely, and is also supported by an official music video to be announced. 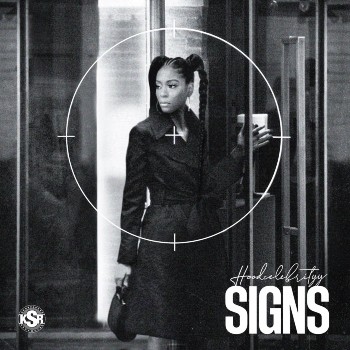 Photo credit: JAMES ROUNDTREEHoodcelebrityy’s hit single Walking Trophy was her breakout moment, but she later became known for hits such as The Takeover from her debut album of the same name, Bum Pon It and more. Hoodcelebrityy has collaborated with artists like French Montana, Fabolous, Lil Kim, and Tory Lanez, . Having performed on massive shows such a Hot97 summer jam, and recently wrapping up a 10-city tour with Rotimi, it’s safe to say Hoodcelebrityy is an international celebrity.

This latest single “Signs” is fit for almost any setting, with a rhythm that all but compels dancing and vibing. Still, the message from Hoodcelebrityy is in the tragic but important choice of paying attention to the signs that something might not be working out and acting on those insights by moving on to something better. This can be applied metaphorically to things as well as people. The theme of letting go is central in this groovy new single, and though that is often a tough subject, the sweet velvety melodies by Hoodcelebrity and the soothing beat combine for a feel-good experience.