Denroy Morgan’s Musical Legacy Will Live on in His Children, Says Minister of Culture

Minister of Culture, Hon. Olivia ‘Babsy’ Grange, speaking on the passing of Denroy Morgan, one of the artists that made reggae internationally famous, said: “It is sad to receive this news just as we have closed a successful Reggae Month. Denroy Morgan was unique. We will never see anyone like him again, whether in Reggae music or in Jamaican life, but I give thanks that his musical legacy will live on in his children. I send my condolences, love and respect to the Morgan Heritage family. To Denroy, my brother, sleep in Peace in Zion.” 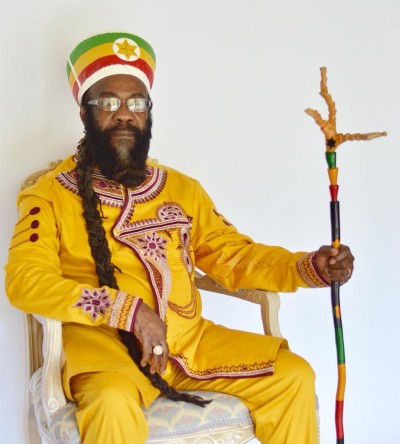 Denroy Morgan was born in in May Pen, Clarendon, Jamaica on May 15, 1945 and moved to the USA in 1965. There he registered at the New York School of Music, where he briefly studied guitar and piano, before starting two bands, Mad Creators and Black Eagles, which became one of the first roots & culture reggae band in New York City.

Morgan then launched a prosperous solo career, releasing his Billboard chart-topping hit “I’ll Do Anything for You’ and album of the same name. The title track became a big R&B and Dance hit and in 1984 he became the first Reggae artist to be signed to RCA Records. He followed up with the release of the Reggae album Make My Day and became known as a songwriter, a producer and popular performing artist.

Meanwhile, Denroy Morgan became the silent driving force behind a growing empire of reggae artists from among his talented children. While touring and recording, he saw the aptitude and the interest that his kids were displaying for music, so he made a deliberate decision to put his own musical career on hold so as to build on the talents of his children. The efforts paid off handsomely, and his children formed several groups including The Dreads, LMS and the internationally acclaimed roots and culture band, Morgan Heritage that performed at leading reggae shows and won their first of two Grammy awards in 2016.

Denroy Morgan was also Ambassador for the Ethiopian Orthodox Coptic Church of North and South America and he ministered regularly to inmates at the Devens Federal Bureau of Prisons in Massachusetts.

Throughout his life Morgan was a stern advocate for the legalization of cannabis and it was one of his greatest joys when it was decriminalized in Jamaica and around the world. In 2006 he began to champion and lead the All Mansion campaign which worked for the unification of various Rastafarian organizations and communities worldwide. After being ordained a Bishop, he started the

Abrahamic Covenant Family Ministry that created the petition for the UN to make November 2nd, the Coronation day of H.I.M. Haile Selassie I, an international holiday.