MIAMI, FLORIDA - Dancehall star Konshens announces the release date for his upcoming album titled Red Reign on his social media platforms. The fifth solo studio album from the Jamaican artist is set to drop on Friday, November 12. The announcement was made through a series of red-themed promotional photos and videos released on his instagram page previewing the type of music audiences should expect from the latest project. It also included the release of the official album artwork. Red Reign is inspired by Konshens' signature red hair and his dominance in the genre. His reign over reggae continues post-pandemic with an edgier sound and an evolution of the artist himself. 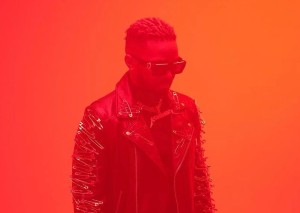 Dancehall star Konshens"The world has changed, and the events of the last year have affected us all. The experience was challenging but helped me evolve my creative process and my perspective. I am excited to start a new era of my career through an edgier sound and a renewed understanding of my music's impact on my audience. When the world faced a crisis, we all had to figure out how to cope with it. Fortunately, I had the outlet of creativity to channel those emotions, and that process made me realize that my music is an outlet for people to escape the trauma. Music is the therapy that some people are craving. I have a deeper responsibility to my craft and my audience to deliver something that is impactful and gives them the escape they need after this unprecedented year."