New York, New York - Christopher Ellis, the soulful reggae crooner affectionately referred to as the 'singing wizard', returns with a new single “Rub A Dub”. Expected to thrill his fans across the world, this single hit a nostalgic tone with memories of the golden lover’s rock era. 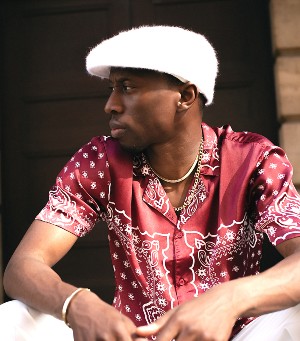 Reggae artist Christopher Ellis. Photo Credit: Linda Linda CooperThe single was produced by Damian “Jr Gong” Marley who created a stellar classic riddim and an eerily sharp, but smooth, melodic arrangement. The track manages to feel like a lover’s rock artist straight out of the 70s, recorded a hit song here in 2022, where the contemporary musical technology adds not just to the quality but the overall clarity. While it maintains the warmth that analog music is popular for, it also possesses the uncanny details of the sonic landscape that only a contemporary setup could achieve.

Christopher Ellis adds his top-notch vocals to Marley’s production, which are reminiscent of his father, Alton Ellis, one of Jamaica’s Godfathers of the powerful genre rocksteady, which dominated the 60s. Alton was one of Jamaica’s premier crooners that brought classics like “Still in Love with You”. Christopher is carrying his father’s torch with high-level vocal creativity into this new era, and “Rub A Dub” is just the beginning. With hits “Better Than Love”, “Here We Are”, and “Still Go a Dance”, Ellis keeps the rich culture of lover’s rock, rhythm, and blues, vibrant. Ellis is on his way to creating a solid discography that might have the potential to rival even his father’s legacy.

Ellis takes listeners far beyond just a good jam, but he also uses his platform to engage them in a deeper examination of how music is played in the present compared to the golden era, along with how people enjoyed music then compared to now. He hails the virtuosity associated with authentic Jamaican culture, all the while contrasting good music to love-making in a poetic way only Jamaicans do. This new single is sure to bring back some of the vibes sorely missing from the sound and dance/party culture of Jamaica. Available today, via Ghetto Youths International “Rub A Dub” is streaming on all major platforms.