A fitting tribute to Caribbean people who helped rebuild Britain, the Inaugural Windrush Caribbean Film Festival — from 17 October-8 November 2020 —is a celebration of a generation. As British subjects from the commonwealth, they came between 1948 and 1973 answering the call to help reconstruct a wounded country after World War 2. 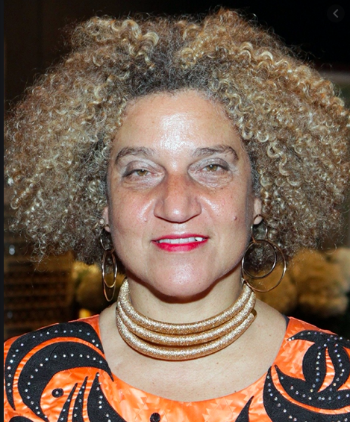 The Windrush scandal broke in 2017 when it was revealed that the British Home Office had wrongly stepped on the legal rights, detained, and even deported many Commonwealth citizens, many of them from the Caribbean who arrived on the Windrush. Yes, recognising its ineptitude and resultant failings, the British government took responsibility and apologised, with promises to right the wrongs. But, many cases are still pending in a bottleneck exacerbated by the current COVID-19 pandemic.

Thus, in a bid never to forget, and to uphold accountability, Trinidadian-born Film Producer and Director Frances-Anne Solomon, Patrick Vernon OBE, British social commentator and political activist of Jamaican heritage, and other organisers, decided to offer films showcasing the challenges, achievements, and aspirations of the Caribbean Windrush generation.

“I think it’s really important for us as a community to recognise the lives and contributions of those pioneering spirits who gave up their homelands to come to Britain, and often they did not meet with a warm welcome, and whose lives and stories and struggles have really paved the way for the lives that we are able to lead today, and whose stories have not been told”, explained Solomon during the virtual launch.

Over the six days of the Festival, audiences will watch films, engage in discussions, and participate in master classes, all on virtual platforms. Each screening will be coupled with Q&A with major filmmakers, activists, and actors.

Solomon added that the Festival will launch the first ‘Paulette Wilson’ Windrush Award to be given in memory of the prominent Windrush campaigner who was wrongly detained by the Home Office, and who went on to become the face of the Windrush Scandal campaign. The award will be presented to an individual who has been instrumental in advancing the narrative to achieve justice for the Windrush generation. 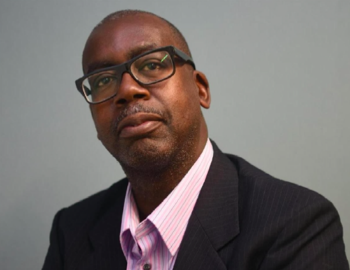 Addressing the need for such a festival, Vernon explained that over the past 20 to 30 years the Caribbean contribution, in particular in Britain, has been ignored, devalued, even debased. That’s why 11 years ago he successfully campaigned for a national Windrush Day to honour a generation, including his parents who came from Jamaica in the 50s, worked hard and made sacrifices for Britain.

“It’s only because of the scandal that everybody is talking about Windrush; that’s not good enough. So, creating that legacy through film and of course literature can inspire current and future filmmakers about Caribbean heritage and its intersectionality around the world”, said Vernon.

Solomon also acknowledged that her parents were also among the Windrush generation. She spoke poignantly about the importance of the pain and suffering of our forefathers as well as the incredible contributions they made.

“They came together in the Caribbean arts movement and created a Caribbean culture that has inspired and driven the culture of the world. It was a moment when within a few years, all the African-Caribbean countries would become independent. And the hub of that independence movement was here in England. And some of the most important campaigners and leaders like George Padmore and Claudia Jones, and many others — Sparrow and Kitchener was here, Paul Robeson was here. It was such an explosive hub of activity, of resistance, of cultural expression that has defined the world. It all began in that colonial moment in England, where freedom clashed with empire, and many people paid the price”, she declared.

Importantly, these groundbreaking creatives warned that the Windrush generation are ageing and passing away, which makes it more urgent to capture and tell their stories. And, part of their responsibility is to remind the generation to come that their current plight struggles is not new.

“A lot of young people growing up now they don’t know that a lot of the things they are going through, a lot of the tensions and struggles that they have now occurred in the past, and that many people fought for the very freedom. It’s important to know what history teaches us, that it goes in cycles, that we have to fight for it again to tell those stories, which should be urban legends. We should know the stories of our forefathers as well as we know the stories of Winston Churchill”, Solomon urged.

It is our responsibility to use this medium as an educational tool, Vernon noted. He added that as a filmmaker, you’re a griot, you’re telling a story and passing on that story to the next generation. Somehow, we’ve lost that. So, if this festival can engineer, create, and be a platform for new talent celebrating the diaspora of the Caribbean, that’s important.

And teaching the right lessons is critical for a healthy, positive vision of a people.

“One of the reasons that we wanted to create the festival was because a lot of the images that are put out there about black people in Britain, and globally, are stereotypes of who we are because they’re created by people who are outside of our cultures. So, quite inevitably, commissioning editors will only go for images of black people that are gang-based, drugs, violence. It’s very tragic because that’s not who we are, that’s not our history… We have this incredibly rich story to tell, that’s why we started the Windrush Film Festival”, Solomon explained.