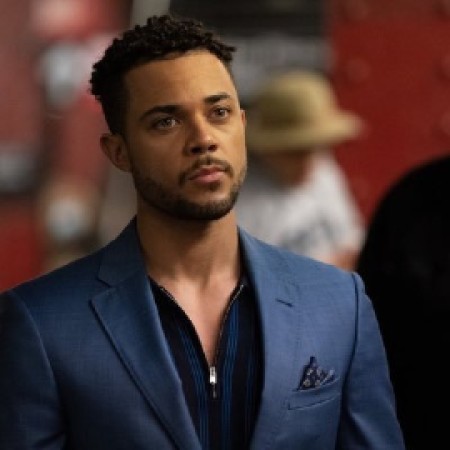 TV star Nick CreeganCreegan is set to receive the Blue & Bougie Impact Award on Sunday, January 2, 2022 at the Elegant Loft in Mt Vernon, NY. The event is part of the upscale Blue & Bougie party series and is scheduled for from 4-10 p.m.

Creegan was born and raised in White Plains, N.Y. and he is currently a series regular as Marquis Jet on the DC Universe’s Batwoman. He is best known for his major recurring role on NBC’s hit Law and Order spin-off, Organized Crime, as Richie Wheatley; the son of Mob boss Richard Wheatley played by Dylan McDermott.

Acting has always been a passion of his, and after leaving the corporate world of producing branded documentaries, Creegan has been paving his path in the film and TV space.

His mother is from Jack’s River in St Mary, Jamaica. After having stints as a sportswriter and on-camera host at ESPN, Yahoo Sports, VICE Media and Bleacher Report, the acting bug took hold of him.

A sketch he created in a Jamaican accent about Oxtail gravy a few years ago went viral and Oprah Winfrey’s team caught wind of it. He was cast as DESMOND in the Oprah network’s hit drama, ‘David Makes Man,’ in 2018 and he never looked back.

“I very much appreciate this award! As a proud product of Jamaican roots and Westchester County this means a lot,” he shared.

Blue & Bougie’s mission is to recognize outstanding individuals from our community who have made an impact in the arts, entertainment, fashion and the food industry.

Creegan joins an elite list of past Blue & Bougie honorees including: