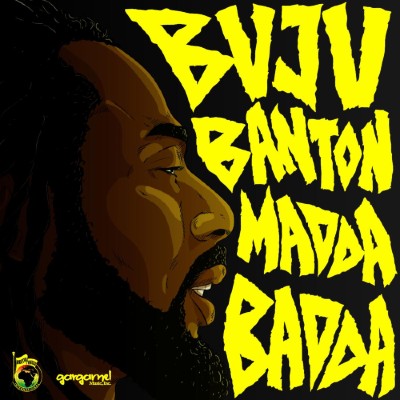 Madda Badda is released in collaboration with Ghetto Youths International and Gargamel Music. This exciting new single by Buju Banton is a reminder and a reclaiming of the dancehall space with the authentic sound and cadence the genre was popularized for.

The first single to propel Buju into stardom was The Ruler at age 16. Now several years later, his songs are still making statements. His debut album Stamina Daddy with title track as the first single in 1992 was his breakout. Singles like Wanna Be Loved, Hills and Valley, Murderer, Not An Easy Road and many more. Following the success of his Long Walk To Freedom tour, Buju Banton released his Grammy nominated album Upside Down in 2020. Hosting twenty tracks, featuring Stephen Marley, John Legend, Pharrell Williams, and Stefflon Don, press lauded his return declaring him “A national hero” according to FADER.

Now with the release of this latest single, Madda Badda, Buju Banton is calling to our collective minds, the dancehall that Jamaica is known for. This track comes as a respite amid public concerns that the quality of dancehall music has waned. Not one to make long speeches, Buju has seemingly responded where it matters most, in song. This complex lyrical track is masterful not just in its instrumentation, but also the simplicity of the song structure. With this single Buju Banton is proving that dancehall songs can be simple and meaningful, dispelling the idea that artists must compromise one for the other. This new single is available for listening pleasure everywhere music is streamed globally on June 24th.