Atlanta, Georgia - Warrrrr is in the air!!!! Sound clash fans are set to descend upon Atlanta in droves for the inaugural "New World Order" sound clash on Saturday, September 17. The premiere battle, which is produced by Mello Promotions/Fam1st Entertainment, in conjunction with Fresh Station, features the legendary King Addies vs Innocent Sound. 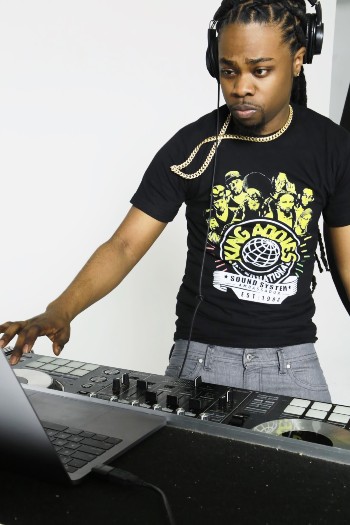 King Addies, featuring King Pin, is gearing up for the buzzin' "New World Order" sound clash in Atlanta.With such a battle of industry leading sounds set for center stage in Atlanta, it's no surprise that the energy and excitement of sound clash enthusiasts are bursting at the seams. The long awaited war is just what's needed to highlight sound clash, one of Jamaica's most prized art forms. Presentation of consistent, authentic sound clashes is a number one priority of Mello Promotions/Fam1st Entertainment and Fresh Station.

Collectively, the "New World Order" producers have decades of experience, which beam through each staging. However, it was roughly four years ago when the team was formed to focus on the production of sound clashes in Atlanta. Convening the best of the best sounds and notable rising stars in the southern state gained traction, thrusting Mello Promotions/Fam1st Entertainment into the limelight. With nearly a dozen impressive events held in the past two years, the team has emerged as a frontrunner in the U.S. sound clash promotions market -- joining the handful of brave hearts who keep the Reggae and Dancehall subset thriving. The "Revelations" sound clash, featuring King Addies vs King Animosity, attracted thousands to "The Peach State," solidifying the team’s mark on the arena.

"In order to find peace, you should always do something you like or love to do," says K. Dunbar ("Bicycle Man") of Mello Promotions/Fam1st Entertainment. "Music feeds the soul and Reggae Dancehall and sound clash are the courses our palates crave. The ultimate beauty of it all is we are entertaining the masses all the while.”

Mello Promotions/Fam1st Entertainment and Fresh Station aim to innovate the clash experience by incorporating their bells and whistles to the movement. Customized elements, such as nifty lit wrist bands, a full size boxing ring, a hummer and full artillery bolster the appeal of their already trending clashes. No matter what the team does.... they ensure fun and flair enhance each patron's sound clash experience. As the team says, "expect the unexpected." 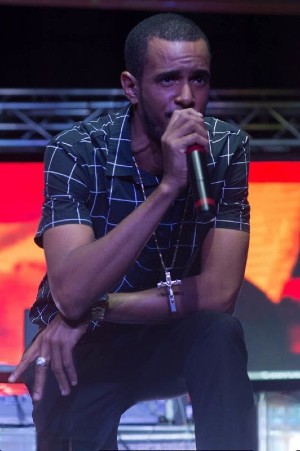 The headliners of the clash equally match the scaled up promotions. King Addies, now celebrating 40 years strong in the business, is indisputably one of the industry's most visible and sought after sounds. Truthfully, King Addies -- with King Pin as the front man -- kills sounds effortlessly. The legendary sound is on a 10-0 winning streak, burying 14 sounds along the way. Much to their credit, King Addies appeared and competed on Verzuz first ever sound clash (although the event technically derives from sound clash culture) against Lion Face (Baby Face) of Lion King sound. Reaching millions with their brand, King Addies expanded their following exponentially. Fairly young in comparison to his legendary peers, King Pin has been aggressively competing and dominating the sound system industry. With a dub box as deep as the Caribbean sea, King Addies has proven to be a generational force to be reckoned with.

Many clash enthusiasts warn that one should never discount the powerhouse Innocent Sound, who is guilty of killing competition quietly. The longrunning Florida based sound system boasts years of activity, racking up many memorable victories on the journey. The respected sound killers have a not-so-secret weapon named Dappa Lee. Like his "Leethal" moniker, the selector is dangerous on the mic and is well in control of the sound’s dub arsenal -- chock full of customs and specials. Dappa Lee's extensive time on the battlefield makes him a prime contender for King Pin! It's understandable why the rivalry is brewing so intensely. As bets are placed, both sounds are flexing their competitive bravado, leaving fans anxious to take in what's being billed as the war of the year!

Mello Promotions/Fam1st Entertainment and Fresh Station are reveling in the buzz!! Although their attention is heavily centered on "New World Order, the collective has a number of upcoming fall clashes and a Thanksgiving food drive, an event in their growing series of philanthropic efforts.