Actor Ron Bobb-Semple, Famous For 'The Spirit of Marcus Garvey', Has Died

NEW YORK, NY - The Guyanese and Caribbean US Diaspora community has lost another of its great voices, this time, Guyana-born actor and broadcaster, Ron Bobb-Semple. 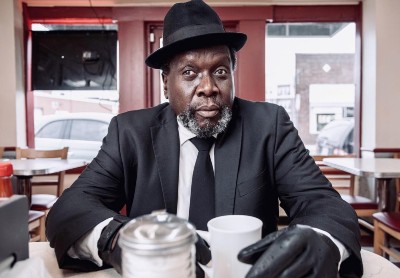 Ron Bobb-Semple as Marcus Garvey (photo courtesy of Triad Stage Theater)News Americas has learnt that Bobb-Semple, famous for his one-man show, ‘The Spirit of Marcus Garvey,’ and most recently for the movie, “See You Yesterday,” passed away suddenly on Wednesday in Tampa, Florida.

Bobb-Semple, who turned 70 on Dec. 10th, reportedly began experiencing symptoms of COVID-19 on Sunday, which got worse Wednesday. An ambulance was called, and he was rushed to the hospital where he died following two cardiac arrest.

Stunned friends, relatives, and acquaintances filled his Facebook page between late Wednesday night and today with messages of remembrance and disbelief.

“Ron and I go back some 20 years as a friend and colleague in media and the Caribbean community. It’s hard to know that I will not hear his voice again calling me ‘FP’ on the phone and on my birthday,” Persaud told NAN Thursday. “Ron like I, was born in Guyana, but we embraced the Caribbean region as our real ‘home.’ I was lucky to meet him years ago and was a constant on his Uhuru radio program for years. He also graced me with his presence and performance when we hosted the first Guyana flag raising at Bowling Green in New York City. He was funny and smart and his acting skills, especially his transformation as ‘Marcus Garvey’ was world renowned. He never missed a chance to help better the Caribbean community, whether it was the census, the arts or culture and media, or as he put it, ‘edutainment.’ The Caribbean Diaspora community has lost a giant. He will be greatly missed but I’m sure he will be meeting the great Marcus Mosiah Garvey whom he so loved and embraced.”

Bobb-Semple was born in Georgetown Guyana, 70 years ago, and grew up on Norton Street. He later migrated to the US and juggled working and acting. While his performance globally of ‘The Spirit of Marcus Garvey’ was what he became famous for, he also appeared in the movies, “Temptation: Confessions of a Marriage Counselor,” (2013), and “Truth,” (2007), Nursing Tuskegee, Mental Vengeance, Playing Both Sides, Deep Trouble, Lost Money, and Pressure. 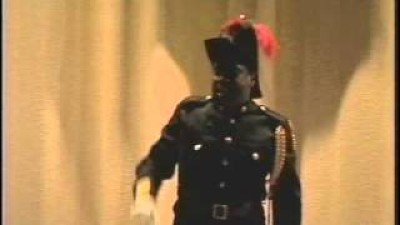 His work in theater included playing Zeinvel Shmeckel in ‘Shlemiel the First’ in 1997 and Derek Walcott’s Steel. He also had three cracks at award-winning playwright August Wilson’s plays, ‘Seven Guitars;’ ‘Fences with Avery Brooks,’ and the ‘Piano Lesson.’

His other stage credits include: My Children, My Africa at the Wells Theatre in Virginia; A Lesson From Aloes; Bingo!, a musical directed by Ossie Davis. My Children, Life During Wartime at the 14th Street Playhouse in Atlanta, Georgia; and Shango de Ima in New York, for which he won the Audelco Award for Best Supporting Actor. He was a cast member of the World Premiere of OyamO’s Famous Orpheus, a production in collaboration with Garth Fagan, winner of the Tony Award for his choreography of The Lion King on Broadway. At Stageworks Theatre in Florida, this native of Guyana directed Superior Donuts, A Raisin in the Sun and The Colored Museum.

Bobb-Semple was the executive producer of Claudron Productions, which launched a new anti-drug play Don’t Ruin Your Life for young people twelve to eighteen years old that was to be presented in schools and other venues in and around the New York City area.

Bobb-Semple had his early groundings in theatre arts at the Theatre Guild of Guyana Playhouse in Kingston, Georgetown after graduating Central High School. He said ‘became’ the Garvey “one Saturday afternoon over 40 years ago while attending a wedding ceremony at the St. Mark’s Episcopal Church in Brooklyn, New York.”

“There was a stained-glass window close to me with an image,” he said. “That image was of the Jamaican hero, Marcus Mosiah Garvey.”

Having been told that he had a close resemblance to the Jamaican-born African hero, Bobb-Semple got to work researching the life of Marcus Garvey.

After he had completed a script for a one-character play, “The Spirit of Marcus Garvey,” Bobb-Semple’s journey bringing Garvey back to life on stage commenced. After many performances in various venues around the USA, the Caribbean and Africa to impressive reviews, he was awarded the UNIA Marcus Garvey Award of Jamaica.

In 1999, under the auspices of Black Diaspora Magazine of New York, Bobb-Semple journeyed to Dakar, Senegal, where he presented “The Spirit of Marcus Garvey” on Goree Island. In November of 2000, he returned to the Motherland with the project, this time at the Elmina Castle in Ghana.

For Black History Month 2001, Bobb-Semple was the voice of Garvey in the award-winning PBS Special Film, “Marcus Garvey: Look For Me In The Whirlwind.” At the inaugural African Heritage Trail Conference 2002 in Bermuda, he was the featured artiste with his cultural and educational presentation on Garvey.

He was also once the host of Caribbean Forum, a weekly television program which he produced on WNYE-TV in New York, for which he won the 1995 Caribbean Media Association’s Award for ‘Best Television Production/Presentation,” and the Caribbean news correspondent on the “Tony Brown Empowerment Show” on WWRL 1600AM. Boob-Semple was also host of Uhuru radio and a podcast at the time of his death.

He also served as emcee for many events, including the Guyana Day festival in Brooklyn, NY. Bobb Semple is survived by his wife and children, and several relatives and friends.