UWI St. Augustine Says Tuition Fees Will Not be Increased for the Fall Semester

PORT OF SPAIN, Trinidad – The University of the West Indies, St. Augustine campus says that in keeping with a recommendation from the government of this twin island republic, tuition fees will not be increased in the semester that starts in September. 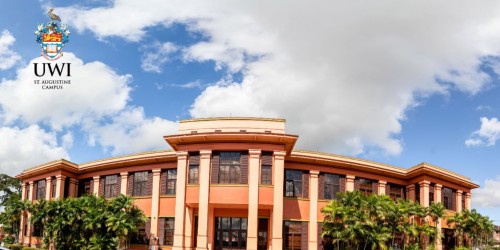 In keeping with the government’s position, the UWI stated that the fees for the upcoming semester will “therefore remain the same.”

“The Campus will be required to operate with considerable reduction to its finances and, hopefully, with minimal disruption. The documentation requested by the government, in preparation for a discussion for an increase as of academic year 2023/2024 is actively in progress as the Campus has been working to improve its operational efficiencies in the past few years and will continue to do so.

Earlier this week, the government said that it would not support the proposed increase in tuition fees submitted by The UWI St. Augustine Campus to UWI Council for programs covered under Campus Grants Funding.

In a statement on Friday, the UWI’s Campus Executive Management team said that it recognizes and empathizes with concerns expressed, especially as it relates to students and prospective students.

“It was for this reason that the decisions to propose fee increases was made with careful consideration of the impact to all involved.”

The statement added that “higher enrollment was a major cause for increased costs. More than a decade ago, Government imperative to increase the tertiary participation rate (defined as the number of tertiary level graduates in each age cohort, as a percentage of the total number of persons in that cohort in the population) was based on the principle that tertiary level education is a key factor in moving from developing nation status to first world status.

According to the UWI, over the last six years, “The Campus has reduced its actual operating expenditure for Campus Grants programs by $115 million (net of provisioning). Overall staff costs have essentially remained unchanged, despite increased cost due to settlement of union agreements. In fact, the Campus has successfully operated below budget for the past five years and has been commended year on year by technocrats at the Ministries of Education and Finance for its good fiscal management.”

“ For the past 4 years, the Campus has been managing with a correspondingly reduced TT Government subvention of $517.1 million.

In justifying the proposal for an increase, UWI stated that the provision of quality internationally accredited higher educational services to the region is costly.

“The UWI St. Augustine fees have not increased in some 21 years – it was last changed before many of its students were born! The UWI St. Augustine fees are currently the lowest in the UWI system and among tertiary education institutions in the Caribbean. The proposal that went before the Government and The UWI seeks to align its tuition fees with those at other Campuses.”

“The UWI St Augustine Campus will continue to serve its students and society to the best of its ability in line with a globally recognized, world-class standard of higher education. Many of its graduates have been able to land well-paying jobs or enter graduate programs locally and internationally. This is particularly so for graduate engineers, for example, given the Faculty’s internationally accredited status.”

In a statement earlier this week , the government in rejecting a proposal from the St. Augustine campus, the government suggested that the regional tertiary institution campus finds other ways to address financial shortfalls including review of the courses offered.

“We have been faced with a challenge with the St Augustine campus continuing to ask us for large sums of money. We spend somewhere in the vicinity of TT$500 million (One TT dollar=US$016 cents) a year as a direct contribution. And then you have to add Government Assistance for Tuition Expenses Program (GATE) funding to that. I would say, at least TT$200 million in addition,” said Finance Minister, Colm Imbert, who is also chairman of the UWI Grants Committee.