PORT OF SPAIN, Trinidad – The University of the West Indies (UWI)  on Saturday the appointment of Professor Rose-Marie Belle Antoine as the new principal of the university’s St. Augustine campus. 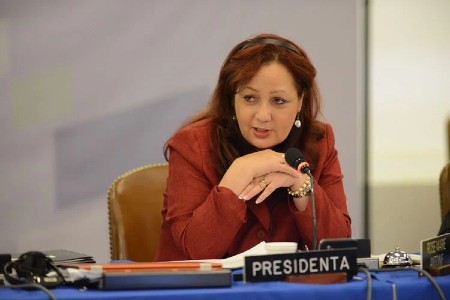 Rose-Marie Belle AntoineThe decision was made during the UWI’s University Council meeting on April 29th.

The appointment takes effect on August 1st, and Antoine will replace outgoing principal Prof Brian Copeland and become the first woman to hold the post.

The UWI’s website states Antoine is a Cambridge and Oxford scholar who holds a doctorate from Oxford University in offshore financial law.

Antoine started her journey with the UWI as a temporary law lecturer at the Cave Hill campus in 1989 and then became a lecturer in 1991.

Since then, she has served in several high-ranking positions at UWI including law faculty dean and pro vice-chancellor of the Board for Graduate Studies and Research.

During her time as law faculty dean, Antoine was instrumental in creating the Makandal Daaga Scholarship, which is an equal-opportunity scholarship aiming to support law students who are outstanding in and out of the classroom.

Outside of her work with the UWI, Antoine has served as president of the Organization of American States Inter-American Commission on Human Rights, where she has also been the rapporteur for Persons of African Descent and rapporteur for Indigenous Peoples.

As chairman of Caricom’s marijuana commission, Antoine has been an advocate for the decriminalization of marijuana and the creation of a sustainable cannabis industry.

She also currently serves as president of the Family Planning Association.