UWI and Union Reach Agreement as Lecturers Return to Classrooms

KINGSTON, Jamaica – The University of the West Indies (UWI) Mona campus said Monday that the industrial action by lecturers had been suspended and that their union is moving towards concluding negotiations without further delays. 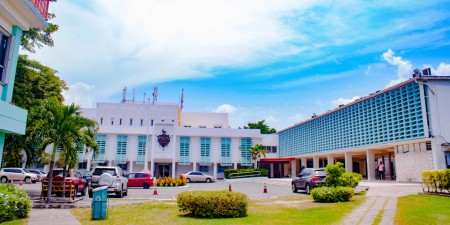 University of the West Indies (UWI) Mona campus. (Photo courtesy of UWI Mona)Last weekend, hundreds of members of its academic, senior administrative and professional staff, took industrial action, after their union, the West Indies Group of University Teachers (WIGUT) expressed dissatisfaction with the pace of wage and fringe benefits negotiations with the university which started in 2020.

The parties met on Monday to discuss the outstanding items including the four per cent salary increase.

The UWI said in its statement that several advancements were made in relation to key outstanding claim items, including the salary issue and that consequently, WIGUT agreed to suspend its industrial action

The parties hope to have all outstanding items resolved and concluded by the end of January.

Prior to the meeting, the union had warned that students may not be able to access to their December 2021 final-exam results as members of staff have vowed neither to attend department, faculty, or university meetings nor participate in activities geared towards the resumption of the new semester beginning January 17.

Academic staff had also indicated that they would not upload marked sheets for semester one examinations that would have ended last December, but they have been advised to still complete their markings.

WIGUT had also called on the Jamaica government to intervene in the stalemate.