SEARCY, Arkansas – Harding University in Searcy, Arkansas has honored the life of slain St. Lucian Botham Jean by unveiling a memorial bearing his image in front of the David B. Burks American Heritage Building. 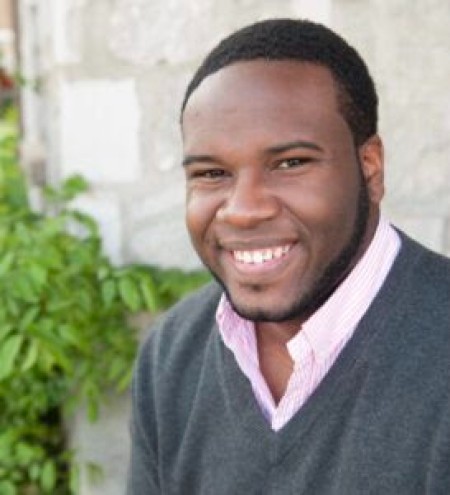 Botham JeanThe dedication ceremony was held on what would have been Jean’s birthday on Wednesday.

Jean, a 2016 graduate of Harding University, was shot and killed by Police Officer Amber Guyger, 31, on September 6, 2018, at his home in Dallas, Texas.

Harding University said that, during his time at the university, Jean was a member of the Good News Singers, a resident assistant, an intern for the Rock House campus ministry, and a leader in Sub T-16 men’s social club.

“Jean frequently led worship during daily chapel services and other campus events,” said the university in a statement. “He was well known for his charismatic and powerful song leading.”

“Botham was a unique and influential leader on our campus,” said Harding University President Dr. David Burks. “I loved his smile, the way he led singing in chapel and at church, and his enthusiasm for life.

“I believe that the memorial will help generations to come remember Botham Jean and his Christlike influence,” he added.

In addition to the monument, two scholarships were established in 2019 and are given annually in memory of Jean.

The Botham Jean Memorial, created by Jean’s parents Bertrum and Allison Jean, is given to students who have lived in the Caribbean.

The institution said a second scholarship established by the Paul R. Carter College of Business Administration, in cooperation with PricewaterhouseCoopers, Jean’s employer, is given to historically underrepresented populations as they pursue degrees within the Harding College of Business.

In early October 2019, a jury in Dallas sentenced Guyger to 10 years in prison for killing Jean.

After deliberating for just 1 ½ hours, the Dallas County jury imposed the sentence on Guyger – well short of the maximum 99 years she could have received – for fatally shooting the 26 year old in his apartment in Dallas.

“That 10 years in prison is 10 years for her reflection and for her to change her life,” Jean’s mother, Allison Jean, told reporters then after the sentencing, stating that her family will continue fighting for police accountability. “But there is much more to be done by the city of Dallas.”

“The Caribbean Guyana Institute for Democracy (CGID) is grateful that a jury in Dallas, Texas, found former Dallas police officer Amber Guyger guilty of murder for her inhumane shooting to death of St. Lucian national Botham Jean on Sept. 6, 2018, in his own home,” Richford Burke, the group’s Guyanese-born president, told the Caribbean Media Corporation.

In a letter to Chastanet, CGID wrote that Botham, an accountant, was “a hero who was killed senselessly by a coward with no value for the lives of different human being.”

In August, a three-member Texas appeals court upheld Guyger’s murder, ruling that a Dallas County jury had sufficient evidence to convict her.

The decision by the 5th Texas Court of Appeals in Dallas means Guyger, who turned 33 in August, will continue to serve her 10-year prison sentence, dashing her hopes of having the 2019 conviction overturned.

Under her current sentence, Guyger will become eligible for parole in 2024.