Schools in Belize to Re-Open on Monday, With Authorities Outlining New Measures to Stem Spread of COVID

BELMOPAN, Belize – Students return to classes on Monday with the Ministry of Education outlining a detailed plan for safety and having classes conducted both online and in person in light of the coronavirus (COVID-19) pandemic. 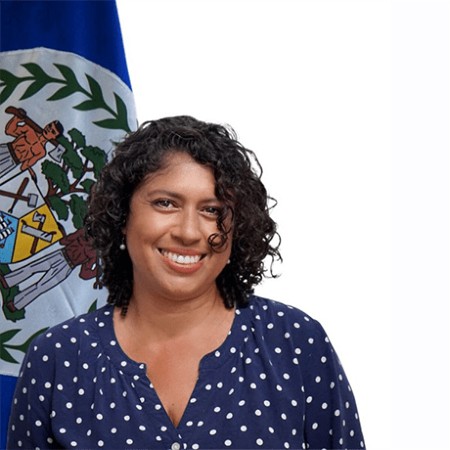 Dian Maheia“We all know how serious the effects have been on our students being out of the classroom now for close to two years. And this is something we have been working toward; this is not a new decision, it is not a rash decision,” said chief executive officer in the Ministry of Education, Dian Maheia.

“It’s really been very careful and it’s taken a while for us to get to this point. Where we are now is moving to having our schools return for hybrid learning in January. We have around 600 schools around the country”.

She said 539 of those schools had already applied for reopening with 520 being approved and 97 already opened.

“So, this was between October, and when school closed for December, for Christmas break, we had ninety-seven schools. We do want all the schools to return for some measure of in-person learning. That’s why we keep using the term hybrid because we want to have students on campus, physically for at least a few days of the week for them to be able to have some limited form of engagement with teachers.”

Maheia said that education officials have recognized that in many of the schools, the physical spacing is such that they can’t all be there at the same time in the same way and maintain social distancing. “And so that’s why we understand that many of the schools need to stagger or shift; we keep using hybrid because they are going to be onsite for some of the time and then they were will continuing with distance learning some of the time.”

She said that a new plan has been developed to address spikes in any community and that working closely with the Ministry of Health and Wellness, the Ministry of Education says it will use the geographic information system (GIS) to help it make informed decisions on high-risk areas.

“We understand how distant learning can work and we also understand how to monitor, how to track. As a Ministry of Education, our partnership with the Ministry to Health and Wellness has us now at a place where we can monitor the geographical area of this country.

“We have a GIS hub on our website where we can go….and you can see where numbers are higher, where schools are open and we can use the data that comes to us to make guided decisions. So if we recognize that we have positive rates that’s higher in one particular area, we can say that schools in this area can go back to distance learning for two weeks.

“That’s just an example, but we can do things like that and we can move forward reasonably, intelligently and we can make smart choices,” Mahela added.

Maheia said the education authorities are also confident that the schools will be able to operate in a safe environment, even as Belize is reporting increased cases of the Omicron variant of the pandemic.

She said a report has shown that COVID cases during the last semester of hybrid learning originated outside of the school setting.

“The attention that we paid to the schools or the close to 100 who opened for hybrid between October and December, looking at those schools that exercise showed us that we had something like nine hundred teachers who were engaged in hybrid learning for those months.

“And of the 900 teachers, we saw 133 of them who had COVID; that translated to about a 14 per cent positivity rate among the teachers. With the students, there were about 7,000, the approximate population of students who were engaged and there a 145 students which translated to about two per cent of the population of students who were engaged in hybrid who contracted COVID; again, during that October to December period that we tracked,” she said.

The CEO said that the authorities recognized that based on those situations “the COVID cases seem to have originated mostly from outside the schools, and what we saw was that within the schools, procedures and protocols were being followed.

“What I find is that it is difficult for adults to believe that students follow protocols, but they really do. Children are so wonderful about understanding and appreciating structures and there’s no set of people in the world better than putting structures in place than teachers.”