BRIDGETOWN, Barbados – A survey conducted among students across the region has pointed to extremely dissatisfaction with the Caribbean Examinations Council (CXC) and the arrangements the agency has made for this year’s Caribbean Secondary Education Certificate (CSEC) and Caribbean Advanced Proficiency Examination (CAPE). 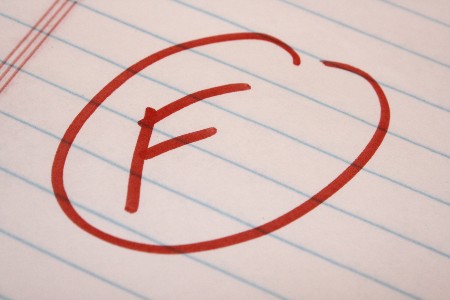 And against the background of what the Caribbean Coalition for Exam Redress described as a “near-unanimous dissatisfaction”, the students have called for an investigation into CXC’s operations and for the regional exam body to be regulated by an independent body.

The Council conducted the online survey of Caribbean students to gauge their level of satisfaction generally with CXC and their exit examinations, between May 31 and June 2. Respondents originated mainly from Jamaica, Trinidad and Tobago and Barbados, with sizeable representation of Guyanese and Eastern Caribbean students.

“The students of the Caribbean are strongly dissatisfied with the actions and conduct of the CXC,” the Coalition said in a statement.

“More than three-quarters are dissatisfied with the arrangements for 2021 exams.…8 out of 10 students are not ready to take examinations as presently structured and timetabled in 2021; 72 per cent of students want creative solutions, not a mere delay of traditional exams; 7 out of 10 students are completely dissatisfied with CXC’s deficient communication; and, most damningly, 80 per cent of students do not feel that CXC values them as stakeholders.”

The exams are due to start on June 28 and will be administered in their original formats, despite significant loss of teaching time due to the COVID-19 pandemic.

While CXC released broad topics for CSEC and CAPE in an effort to facilitate the preparation of students for the examinations, more than half of the students surveyed noted that the broad topics were not sufficiently helpful, and 75 per cent were “dissatisfied with the insufficient concessions offered by CXC in 2021”.

The lobby group further indicated that more than 90 per cent of students support the establishment of a regional parent-student body to advocate for their best interest.

“Arising therefrom, the Caribbean Coalition for Exam Redress signals its intent to form a permanent advocacy vehicle through which we can continue to promote the best interests of students and parents, amplify their voices and collaborate with other stakeholders as we seek to relook Caribbean educational assessment to keep pace with developments in international best practice,” it said.

The Coalition added that it was unconvinced about the seriousness with which the CXC sought to implement the recommendations of the Independent Review Team, which was convened by CXC Chairman Sir Hilary Beckles and submitted its report in October last year.

The team had reviewed the modified approach for the administration of the July/August 2020 CSEC and CAPE exams, the moderation process applied to the School-Based Assessment (SBA) for those exams, and the grading process, among other related matters.

The report identified a number of shortcomings on CXC’s end and offered suggestions for improvement. The team said the highlighted issues had implications for the 2021 exams and, along with the 23 recommendations issued by CXC, merit “urgent attention”.

“Had the CXC undertaken to rectify issues surrounding stakeholder engagement, contingency planning and communication, perhaps we would not presently find ourselves in the untenable situation we are, where parents, students and teachers have no confidence in CXC,” the Coalition said.

“The Coalition is also concerned about the disgraceful dereliction of duty on the part of many regional Ministries of Education, particularly their technocrats, evidenced by their lack of responsiveness to the legitimate concerns of students, parents and teachers and their acquiescence to plans which endanger our students.

“The crisis of 2020 has not yet been satisfactorily resolved, and we hurtle toward another crisis this year. Nonetheless, the Coalition hopes, and indeed stands ready to assist in the strategic planning for 2022, recognizing that COVID-19 and its effects, will remain for a while, in order to avoid the now two-year running crisis engulfing the CXC,” it added.