MIAMI — Mireya Mayor has joined FIU as the director of  the Exploration and Science Communications Initiative in the College of Arts, Sciences & Education. 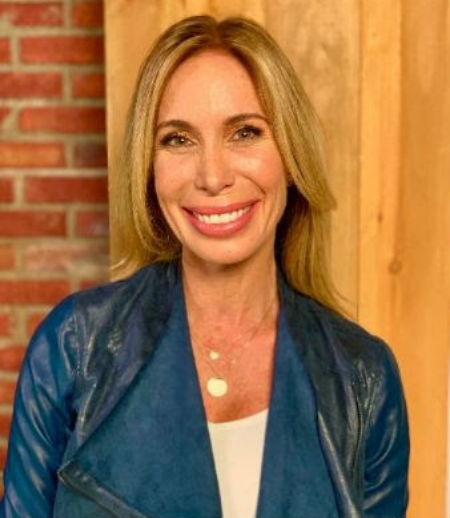 She is developing an innovative program that will help scientists effectively communicate complex topics in straightforward and exciting ways to many audiences including government officials, news media and the general public.

“Scientific study without communication is just the collection of data, which will languish in files. Scientific study with effective communication is power to turn data into action and change,” Mayor said. “There has never been a more important time for scientists to know how to communicate their work and to engage publicly on the vital role that science plays in understanding and tackling the critical issues and challenges of our time.”

Mayor’s goal is to help restore public confidence in the important work being done by scientists — work that can save lives, heal the planet and ultimately, improve the quality of life for people across the world. She is developing a robust program of trainings and toolkits to help scientists share their work and help others better understand scientific research and its relevancy to their everyday lives. She also serves as a spokesperson for the slate of environmental initiatives within the college.

“Throughout Dr. Mayor’s career, she has found innovative ways to excite, inspire and educate audiences around the globe,” said Mike Heithaus, dean of FIU’s College of Arts, Sciences & Education. “Her experiences will help our scientists improve how they communicate and help bring the environmental solutions we are developing to the public and decision makers. Her efforts will inspire the next generation of scientists and explorers and also improve the public’s understanding of the complexities of science, helping all of us make informed decisions about how we live and the solutions we seek to the challenges we face.”

Mayor is an anthropologist, wildlife correspondent, author, National Geographic Explorer, National Science Foundation fellow, and Fulbright scholar who has spent most of her career reporting on wildlife and habitat loss while advocating for solutions to the alarming trends. She is the author of Pink Boots and a Machete: My Journey from NFL Cheerleader to National Geographic Explorer, which chronicles her unconventional career path.

The daughter of Cuban immigrants, Mayor grew up in Miami and attended the University of Miami where she earned a bachelor’s degree in anthropology and English. She spent four years as a Miami Dolphins cheerleader before setting off to one of the most remote and unexplored regions of the Amazon where she immersed herself with the local tribes and recorded data on a previously unstudied species of primate.

The following year, Mayor completed the first ever long-term and genetic studies of two of the most critically endangered primates in the world, Perrier’s sifaka and the Silky sifaka. She earned her Ph.D. from Stony Brook University and later became the first female wildlife correspondent for National Geographic on the “Ultimate Explorer” series on MSNBC. She has spent nearly two decades exploring some of the wildest and most remote places on Earth. Her work in Madagascar, which includes the discovery of a new species of mouse lemur, the world’s smallest primate, led to the establishment of a national park to help protect the endangered species.

Most recently, Mayor was named a fellow at the Explorers Club, selected to be an insider for O, The Oprah Magazine, and will star in a new television series on Travel Channel. The two-time Emmy Award nominee has hosted dozens of wildlife shows, including the Nat Geo WILD series Wild Nights with Mireya Mayor, and starred in Mark Burnett’s Expedition Africa on the History Channel. She was also the host of Nat Geo Mundo’s La Cuba De Hoy. She wrote the foreword and was a major contributor for National Geographic’s Complete Survival Manual, has written articles for National Geographic’s kids magazines Explorer and Extreme Explorer, and is working closely with National Geographic Learning on videos and textbooks for classrooms nationwide.