KINGSTON, Jamaica – The Jamaica government has approved a proposal for the establishment of seven years of secondary education in the country. 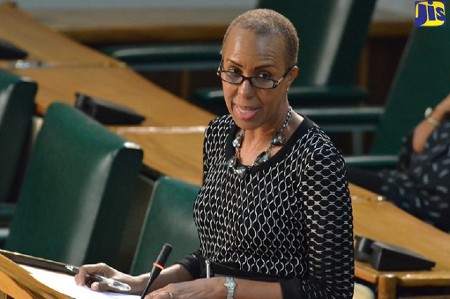 “The mainstreaming of a seven-year program of educational training and experience is expected to meet the needs of students more efficiently and effectively and respond to local and international demands vis-à-vis 21st century skills, competences and certification,” she said.

The minister said that as Jamaica seeks to become more globally competitive, it is imperative that appropriate investments are made in expanding educational access, quality and relevance to allow students to graduate with certification in their respective fields.

She said Cabinet also gave approval for the public dissemination of the National Risk Assessment (NRA) of Jamaica that examines Jamaica’s anti-money laundering and countering the financing of terrorism (AML/CFT) framework.

Cabinet said that the approval and dissemination of the NRA also serves as a key step in Jamaica’s Action Plan agreed with the Financial Action Task Force (FATF).

Meantime, Cabinet has approved the draft National Population and Sustainable Development Policy as a Green Paper for public consultation and for tabling in Parliament.

In 1983, Jamaica was among the first developing countries to formulate and adopt an explicit National Population Policy.

She said the revised Policy has been developed to advance the achievements and remedy the unmet targets in the implementation of the 1995 Policy.

Cabinet has also approved the National Policy for the Environmentally Sound Management of Hazardous Wastes as a White Paper for tabling in the Houses of Parliament.

The Policy promotes the management of wastes that are deemed to be hazardous in character and advocates for the promulgation of several legal instruments in an effort to remedy some of the issues hindering the environmentally sound management of hazardous wastes in Jamaica.