ROSEAU, Dominica – Nearly four years after Ross University left Dominica for Barbados under controversial circumstances after having been on the island for the past 40 years, Dominica on Tuesday announced it has entered into an agreement for the establishment of an off-shore medical school here. 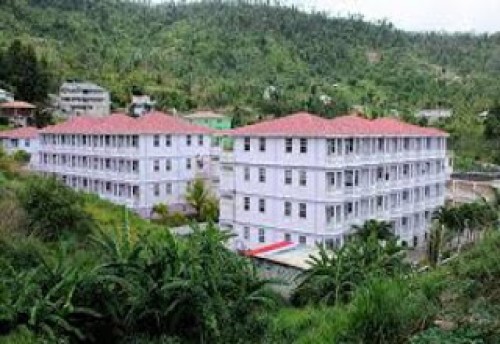 Buildings on the campus of the former Ross University in Picard, Dominica (File Photo)Prime Minister Roosevelt Skerrit, delivering the EC$1.3 billion (One EC dollar=US$0.37 cents) budget to Parliament, told legislators that since the departure of Ross University, the government has received several expressions of interest to establish a medical school in the north of the island.

“I am pleased to announce that after several months of negotiations, government has entered into an agreement with CSOM Holdings Limited for the operation of a medical school at the former Ross University Campus at Picard which will be named the American Canadian School of Medicine.”

Skerrit said that the school will offer a four-year medical degree designed for students who have already completed Bachelor's degrees and will be run by an experienced team comprising doctors who have held positions at major universities in the United States including a former Vice President of Operations of the Ross University School of Medicine.

Skerrit said that most of the students are expected to come from Canada, the United States and the Caribbean and that initial preparations for a September 2023 commencement have started and will accelerate over the next few months.

“I urge all Dominicans to be prepared for the opportunities which will be created with the return of a medical school to Portsmouth. We are optimistic about the potential of this new school and its positive impact on Dominica and on the people in the north in particular,” Skerrit told legislators.

Ross University School of Medicine had said that the reason for relocating to Bridgetown for the beginning of the 2019 Spring semester was due to extensive damage done in Dominica after Hurricane Maria.