Kingston/CMM…It was a family affair on Sunday September 29, 2019, when parents and guardians of 19 deserving young men of Kingston College (KC) and Calabar High, gathered in the auditorium of the Institute of Chartered Accountants of Jamaica (ICAJ), Kingston, for the 11th Annual Awards ceremony of the David “Wagga” Hunt Scholarship Foundation. There was an abundance of pride, smiles and tears as loved ones were presented with scholarships valued at J$100,000.00 each, J$1.9m overall, for the 2019-2020 school year. 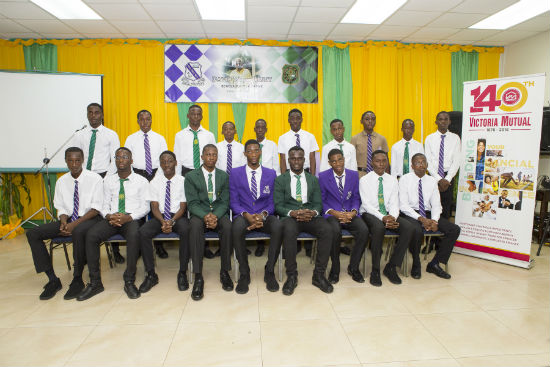 To date twenty-nine scholarships have been awarded and over J$12 million disbursed, inclusive of this year's allocation.

The Rev. Dr. Devon Dick, Pastor of the Boulevard Baptist Church and president of the Jamaica Baptist Union, delivered the keynote address. The Calabar old boy referenced a passage of scripture in which the disciples tried to keep a group of children away from Jesus. They were roundly  chastised by the messiah for doing so. Reverend Dick  highlighted  compassion and critical thinking as two lessons to be learned from that story. He commended the Hunt Family, the foundation, sponsors and supporters for demonstrating “compassion to students, who need a start; who need help.” He added, “there must be care, so that all who have the potential use their God given ability to achieve knowledge & skill. Scholarships,” he said, “should not be seen as expenditure but as an investment in people; human capital; to a most important resource, our young ones!” He went on to encourage the awardees to engage in critical thinking in their everyday lives […] “to add knowledge and to stand up for principle.”

Mrs. Paulette Rhoden, who was officially appointed as the new patron of the David “Wagga” Hunt Scholarship Foundation in 2019 was presented with a plaque in honour of the designation. In her response, she told the awardees to be mindful of the privilege afforded them as a scholarship recipient and encouraged them to work hard to achieve their goals. 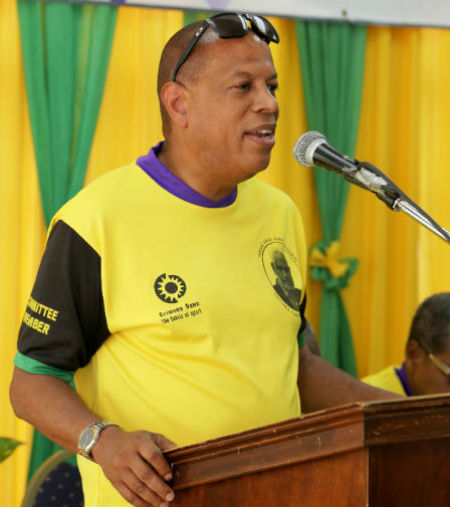 Elijah Turnbull (Calabar) and Naem McKenzie (KC) who have both moved up to grade 12 (lower sixth), were presented with official Wagga Hunt Jackets in their respective school colours; a tradition of the program.

Ronaldo Ferguson, a KC and scholarship alumnus, spoke of the life-changing impact of the scholarship for him and charged the present cohort to work hard. Ferguson is currently a student at the University of the West Indies, majoring in Mathematics and Education.

Geovani Thomas, scholarship recipient of Calabar and co-captain of the Manning Cup team responded on behalf of the present awardees. He thanked the foundation for its “consistent support” and pledged on behalf of his “brothers” to pursue excellence.  “The scholarship has provided much more than financial needs,” he added. “It allows us to form a bond that demonstrates family, and as such we (the recipients) are able to have father figures who guide us like their own children and they are also there for us as role models and motivators.”

Scholarship funds are raised each year by foundation activities which include the prestigious annual Red Carpet Ball held in Washington DC and the annual Football Classic held in Jamaica.

The foundation also relies on donations from corporate entities and individuals.  Co-chairs, Christopher Hunt, who is based in Washington DC and Arnold “Dullo” McDonald of the Jamaican Organizing committee, lead the fundraising efforts along with their teams.

Through the years,  major corporate sponsorship has come from; Victoria Mutual Building Society (on board since its inception), Proven Wealth Management, Supreme Ventures Limited,  Grace Foods USA, Gibson McCook Relays Committee, Caribbean Broilers, Crimson Dawn and Derrimon Trading. There are other valued corporate and individual sponsors who are too numerous to mention here. All assist to fund the scholarships on an ongoing basis.

For more information about the foundation and sponsors, please contact: