BELMOPAN, Belize – The Belize government is leading the country in mourning the death of cultural icon and Creole culture advocate, Myrna Manzanares, who died at the Karl Heusner Memorial Hospital (KHMH) one week after suffering a stroke. She was 75 years old. 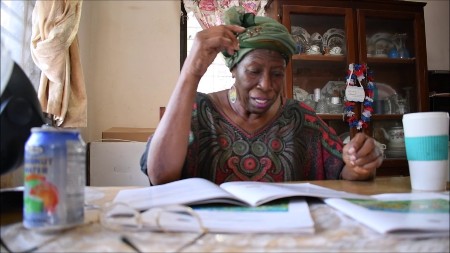 Myrna ManzanaresMedia reports said that she died at the Intensive Care Unit where she had been taken to last Wednesday, without regaining consciousness.

In a statement the government praised Manzanares for her “countless contributions to Belize” and the Ministry of Education, Culture, Science and Technology (MoECST)  said Manzanares was a cultural ambassador, well known in Belizean and international cultural communities.

“Throughout the years she played an important role in safeguarding and promoting the Creole culture and, by extension, all cultures of Belize. Her life’s work encouraged the inter-ethnic harmony of our Belizean people.’

In 1995, she co-founded the National Kriol Council, which aims to promote the culture and language of Belizean Creole people.

In 2008, Manzanares was honored as a member of the Order of the British Empire (OBE) “for services to education, culture and social development” and that same year, she was honored in Belize’s Outstanding Women Awards.

In 2018, she was named one of the first-ever Artists Emeritus by the National Institute of Culture and History.

“As we take this time to mourn her passing, we are also grateful for her many contributions to culture and education. On behalf of the MoECST family, we say “Thank you, Ms. Myrna!” May her soul rest in peace and may perpetual light shine on her,” it added.