Hundreds of Caribbean nationals studying in the United States were last month spared removal from the country when the administration of President Donald Trump - buckling under mounting criticism - abruptly reversed an earlier decision requiring international students to personally attend classes during the coronavirus (COVID-19) pandemic. 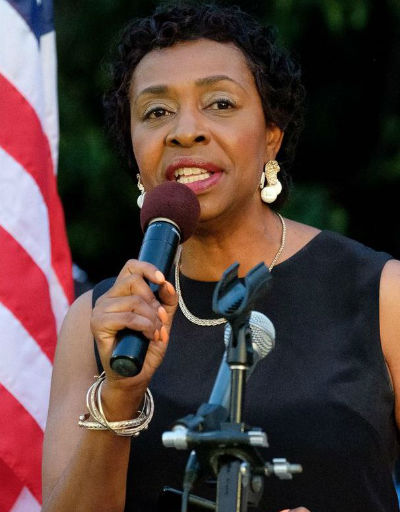 “Clarke” However, new international students hoping to start college will not be allowed in the U.S. if all their courses are to be taken online, according to the government.

On July 6, the Trump administration issued a directive through the U.S. Immigration and Customs Enforcement agency which prevented international students from taking online courses only or face possible deportation if they did.

By July 14, however, the administration did a complete about-face, rescinding the policy following widespread public backlash, including multiple lawsuits, from colleges and attorneys general, protesting its decision.

“Schools should never have to choose between enrolling international students in in-person classes and maintaining public health,” said New York Attorney General Letitia James after filing one of the lawsuits.

Yvette Clarke, a U.S. congresswoman from New York and daughter of Caribbean immigrants, also blasted Trump for his administration’s original decision, calling it “another naked attempt to callously force students to return to campuses in the fall, despite unsafe conditions.”

“I was concerned (about the original decision),” said Jamaican P. Young, whose son is a third year international student at a U.S. university.

“What they were doing was taking an opportunity from a youngster. If they had enforced it he would have had to go back home and start over. For a normal international student that is a headache.”

The Trump administration’s reversal, however, brought a sense of relief.

“Now the child can focus on studying again, whether he has to do all online courses or attend classes,”said Young, whose son had been taking online classes.

Potential new students planning to enroll will not have the same chance. On July 24 the administration said they must have in-person classes, though some online courses will be allowed.

Although studies show Caribbean nationals are not among the top 10 international students by numbers, a sizable chunk attend schools across the U.S., mostly colleges and universities.

Usually, they are not financially dependent on the U.S. government, but get support from family in the region and elsewhere. Some get help through academic or athletic scholarships offered by U.S. institutions.

Students from the Caribbean, who generally perform well academically in the U.S., are, like other international students, also valued for enriching the cultural diversity on American campuses.

Post-school, many Caribbean nationals receive job offers because there academic accomplishments and diversity are valued by U.S. firms.

Those reasons, plus debunking of the theory international students were an additional threat to transmit the virus, helped sparked the backlash aimed at the Trump administration’s initial decision.

Some 5.5 percent of the U.S. college student population - were threatened with deportation if the administration’s original decision had been allowed to stand. Instead, it was met with blunt defiance and viewed as a way the Trump administration was using the COVID-19 crisis to advance its political agenda.

“International students should never be used as political fodder to force colleges to re-open their doors,” said James. “But the president’s inability to remove politics from public health decisions endangers us all.”

Many believe the government’s original decision is part of Trump’s anti-immigration push.

“It is the direction the U.S. was going re international students and immigrants,” said Young. “They just want to get rid of them.”

It is estimated that China sends the most international students to the U.S.  - more than 360,000 - each year. India is next with more than 200,000, according to statistics provided by the 2019 Open Doors Report on International Educational Exchange.