KINGSTON, Jamaica – Tourism Minister Edmund Bartlett says that Jamaica’s source markets for tourists are being further expanded and diversified to include several countries in Africa and the Middle East. 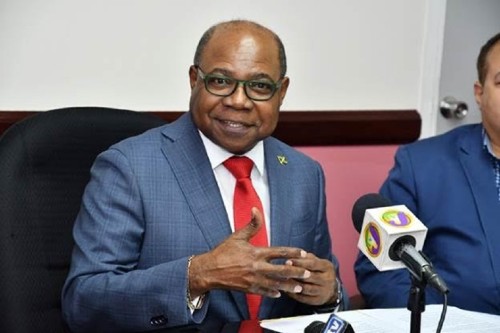 Speaking during a trade show held in the Corporate Area earlier this week, Bartlett said the Government has engaged counterpart officials and airline executives in those regions regarding flight arrangements.

He said that the market diversification recognizes that traditional locations like the United States, Canada, and United Kingdom, which he described as legacy markets, could be upended by the lingering effects of the COVID-19 pandemic and the Ukraine-Russia conflict, among other disruptions.

Consequently, Bartlett, who has been leading the talks for the Government, said steps are being taken to “future proof” the local industry and safeguard the interests of all stakeholders, including small and medium tourism enterprises (SMTEs).

The Tourism Minister added that said partnerships forged for aviation services will be facilitated under Memoranda of Understanding (MOU), among other arrangements.

He advised that a MoU is expected to be signed with President of the Republic of Namibia,  Hage Geingob, during his four-day State visit to Jamaica from August 4th to 7th.

Other agreements have been or are to be signed and discussions held with counterparts in Botswana, Ethiopia, Kenya, Nigeria, Rwanda, and South Africa, he indicated.

In the case of Nigeria, the Minister noted that Jamaica welcomed a charter flight from Lagos into Montego Bay during the pandemic.

That arrangement, he said, “will get new legs, as we move into the new phase of the operations”, during the inaugural Caribbean African Tourism Forum, which will be held in Jamaica on February 17th, 2023.

The Minister said that the Forum is intended to “connect Africa and the Caribbean”.

The event will coincide with the launch of Global Tourism Resilience Day, also in  Jamaica, on that day.

“So, the African connection is coming together. We are excited about … what that will do, in terms of providing the … marketing activities that the Jamaican economy needs,” the Minister added.

These include Cyprus, Israel, Jordan, and Lebanon and sections of Turkey, the Minister said, noting that discussions with Turkish Airlines “are also on [the] cards”.

“So, we are making sure that we future proof the market … and put ourselves in a position, after the recovery, to have exponential growth,” he noted.