IMF Approves Funds for Barbados After Concluding Review of EFF

WASHINGTON  – The International Monetary Fund (IMF) Wednesday said that it had approved US$390 million for Barbados after its executive board had concluded the fourth review of the IMF’s extended arrangement under the Extended Fund Facility (EFF) for the island. 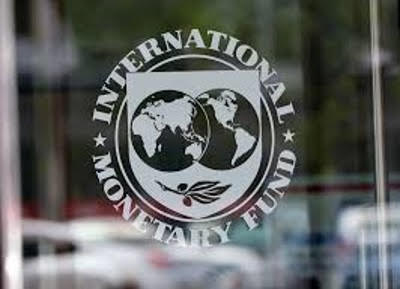 “Barbados continues its strong implementation of the comprehensive Economic Recovery and Transformation (BERT) plan aimed at restoring fiscal and debt sustainability and increasing reserves and growth.

“The prolonged global coronavirus pandemic poses a major challenge for the economy, which is heavily dependent on tourism, and is expected to have a large impact on the balance of payments and the fiscal accounts,” the IMF said.

Deputy managing director, Tao Zhang, said the Barbadian authorities continue to make excellent progress in implementing their Fund-supported Economic Recovery and Transformation plan and have swiftly responded to address the impact of the coronavirus (COVID-19) pandemic.

He said prospects for continued strong programme performance are good, but downside risks will continue to pose challenges in the period ahead.

“A primary balance target of minus one per cent of gross domestic product (GDP) for fiscal year 2020/21, revised down from a surplus of  one per cent at the time of the third review, is appropriate to accommodate worse-than-anticipated revenue losses and support spending on public health and social protection.

“The new fiscal target is financed by additional resources from international financial institutions, including a second augmentation under the Extended Fund Facility,” the IMF official said,

He said the fiscal accommodation will be compensated by higher primary surpluses in the medium term to ensure achievement of the long-term debt target of 60 per cent of GDP.

“Medium-term fiscal adjustment will be supported by continued reform of state-owned enterprises (SOE) to secure space for investment in physical and human capital. Transfers to SOEs need to decline through a combination of stronger oversight, cost reduction, revenue enhancement, and mergers and divestment. Pension reform and introduction of a fiscal rule will also support medium-term fiscal sustainability,” Zhang added.

He said progress in restoring fiscal sustainability will further be safeguarded by a new central bank law aimed at limiting financing of the government and strengthening the central bank’s mandate, autonomy, and decision-making structures.

“A strong recovery from the global pandemic will hinge on accelerating structural reform, including improving the business climate and promoting economic diversification. Strengthening resilience to natural disasters and climate change will be key to long-term sustained economic growth,” Zhang said.