WASHINGTON – The Inter-American Development Bank (IDB) says now is the time to foster labor formalization in Latin America and the Caribbean (LAC), stating that there is “an urgent need to reduce labor informality to encourage inclusive growth after the pandemic is over.” 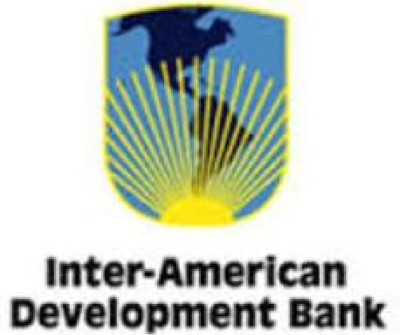 “Labour formality boosts government revenue and targeting of transfers, increasing productivity and curtailing poverty,” said the Washington-based financial institution. “Given that the region has one of the highest labor informality levels in the world, targeting informality is essential.”

Before the pandemic struck, the IDB said between 50 percent to 60 percent of LAC workers – some 150 million people – had informal jobs.

It said only Sub-Saharan Africa was in a more critical situation.

Even in countries with lower levels of informality, such as Chile, Uruguay, or the Bahamas, it was still around 30 percent, twice as much as in Western and Southern Europe (14.3 percent), the IDB said.

“The COVID-19 pandemic has exacerbated the problem by bringing about across-the-board job losses, especially considering that most of the recovery of employment is expected to be through informal jobs,” it said. “Therefore, today, more than ever, it is vital to implement reforms to recover employment by boosting formalization in Latin America and the Caribbean.”

The IDB said these reforms should “zero in” on low-income workers, who are the most vulnerable segment in LAC.

Although there are diverse factors leading to informality, the IDB said there three main reasons explain why it is so prevalent in LAC.

It said the first one is the low level and deficient quality of human capital in lower-income countries, hindering workers’ entrance into the formal labor market.

In some cases, it said these high costs are associated with elevated social security contributions and other payroll taxes, representing between 11 percent and 48 percent of wages (27.3 percent on average).

The IDB said the third reason is associated with social welfare programs for workers in the informal sector.

“These well-intended social programs were developed to bridge an important gap in access to traditional social security, which was only available to formal workers,” the IDB said.

It said many of these transfers were created during the 1990s as non-contributory welfare programs.

“Although these programs had a positive effect on reducing poverty and inequality, they have an unintended negative impact on job formality – since getting a formal job leads program recipients to forfeit the social transfer, they find little encouragement to join the formal workforce,” the IDB said.

“Therefore, by reducing once and for all the welfare program if the person enters the formal sector formality entails a 100 percent implicit tax on social benefits,” it added.

The IDB said several empirical studies “corroborate the negative effect of this implicit tax embedded in the loss of the non-contributory social program by entering the formal sector.”

In developed countries, where informality levels are low, social welfare has a negative effect on labor force participation; that is, on people’s decision whether to work or not, the IDB said.

In LAC countries, where informality is pervasive, it said recent literature has shown that the impact of non-contributory programs on employment was “not so much on the choice whether to work or not but on the choice of formal or informal work.”

Given that the main issue with the welfare programs currently in place in LAC is that they make informal labor more attractive, the IDB said the big challenge for public and fiscal policy in the region is finding alternative systems, “with as few side effects and disincentives to formality as possible.”

“At the same time, due to the region’s fiscal fragility, it is important that these alternatives have budgets similar to those already in place to avoid adding additional fiscal pressure,” the IDB said. “They should also be capable of reducing poverty as much as existing cash conditioned programs do, so progress in this area is not lost.”