GEORGETOWN, Guyana,– The Guyana government says it is anticipating a significant increase in oil revenues in the future. 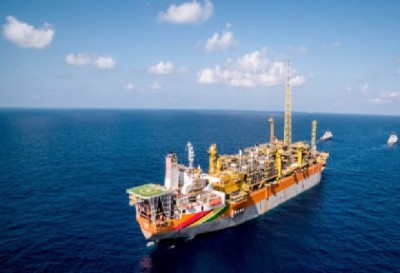 “So, it means the larger one, of 220,000 bpd capacity, we should be getting US$400 million proceeds from one of the larger FPSOs,” he added.

The Liza Unity and Prosperity FPSOs are each designed to safely operate at that level, and are expected to come on stream in 2022 and 2024 respectively.

Bharrat explained that, by 2025, the government is looking to make over one billion US dollars a year from the sale of Guyana’s produced crude of about 560,000 bpd. The government expects that figure to increase even more in the following years.

“By 2027, we are hoping with seven FPSOs at least, that we will produce either close or even over a million barrels per day. That would augur well for Guyana. It means more direct proceeds from the oil and gas industry will be coming in.”

Vice President, Dr. Bharrat Jagdeo has said that the government wants the US oil giant, ExxonMobil, to produce oil as quickly as possible.

Jagdeo has said that Guyana should capitalize on the industry’s potential soon, before the global transition to renewable energy sources drives oil prices down.

The company’s Global Vice President of Deepwater Projects, Jayme Meier said in December that ExxonMobil intends to have five FPSOs in operation by 2026, with more than 750,000 barrels produced per day, and sees potential for a total of 7-10 FPSOs later on.

Chief Operating Officer of Hess Corporation, Gregory Hill, said in January that ExxonMobil intends to seek Government’s approval for the fourth FPSO by year end, to produce oil at the Yellowtail project.

ExxonMobil is already mulling its fifth project, Hill revealed in January with the Mako-Uaru area a likely target.