GEORGETOWN, Guyana – Guyana's parliament on Monday night gave the green light for the cultivation of industrial hemp with opposition legislators from the coalition A Partnership for National Unity and the Alliance for Change (APNU+AFC) being absent for the passage of the Industrial Hemp Bill. 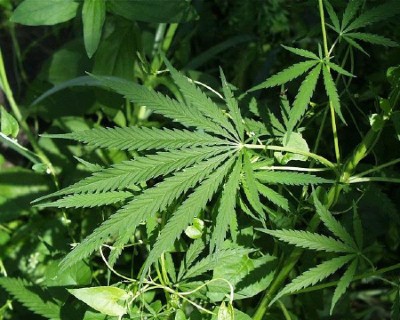 “Hemp production in Guyana is a win, win situation for all the players involved. For the grower, it will be a source of income generation and job creation. For the consumers, it would have significant benefits, and for the broader economy, it would be a valuable source of foreign exchange, especially in the context of economic diversification,” Agriculture Minister Zulfikar Mustapha said as he piloted the legislation.

Attorney General and Minister of Legal Affairs, Anil Nandlall told the National assembly on Monday that the cultivation of industrial hemp will begin in Region Six (East Berbice-Corentyne) and Region 10 (Upper Demerara-Berbice),

Under the legislation, industrial hemp is considered to be any plant of the genus cannabis with a delta-9 tetrahydrocannabinol concentration of not more than 0.3 percent on a dry weight basis.

Globally, the industrial hemp market is valued at an estimated US$4.13 billion, and the Irfaan Ali government said it intends to tap into this market as part of the efforts to diversify the economy while simultaneously pursuing the Low Carbon Development Strategy (LCDS).

Nandlall said that there were both local and foreign investors interested in the industrial hemp industry with Regions Six and 10 identified for the start of hemp cultivation and production.

“It absorbs carbon dioxide and releases oxygen into the atmosphere with one acre of hemp being able to absorb over 22 tons of carbon dioxide. When harvested, it replaces more polluting materials in the manufacturing industry and provides alternatives for sustaining the environment.

“For example, in the paper industry, it can prevent deforestation with its high rate of recultivation making it an obvious environmental choice over the use of trees for the manufacturing of paper,” Nandlall added.

Mustapha said while the legislation decriminalizes the production of hemp with a THC level that is less than 0.3 percent, the bill clearly distinguishes hemp from marijuana and creates a legislative framework to effectively regulate the local industry.

He said to ensure consideration is given to public health safety, agriculture and commerce, the board, when constituted, will comprise representatives from the Ministry of Agriculture, the Ministry of Health, the Ministry of Home Affairs, the Guyana Forensic Science Laboratory and the Private Sector Commission.

The board will be chaired by a Minister of Agriculture nominee.

The authority would be responsible for the consideration of application for the issuance or refusal of licenses, the suspension or revocation of licenses granted and prescribing of quotas for the cultivation of industrial hemp by each licensee.

The bill also makes it illegal for anyone to cultivate or manufacture industrial hemp, produce hemp related products or conduct research on industrial hemp without a license issued by the authority. Cultivation license would be valid for a period of three years while manufacturing license would have a life of 15 years. Failure to secure the requisite license will result in a summary conviction and a fine of GUY$500,000 (One Guyana dollar=US$0.004 cents) and one year imprisonment.

There are fines of GUY$200,000 for board members  who fail to disclose associated interests in matters being discussed and also for disclosing information that relates to the work of the authority.

Mustapha said that careful attention would be placed on zoning with the issuance of licenses.

“In designating such area, consideration shall be given to the suitability of the area, the risk of diversion, the risk of contamination, economic decentralization, and the proximity to educational institutions, public places and residential areas frequented by children.

“This is to ensure that any negative impact will be mitigated. As such, prospective locations that would be identified would have significant amount of acreage,” Mustapha said, adding that vulnerable communities with unemployment issues would be targeted.

Deputy Speaker and Representative of the Joinder parties list, Lenox Shuman, who was the lone opposition member in the House, welcomed the legislation saying hemp cultivation and production would help to reduce the country’s dependency on harvesting trees from the forest.

He, however, urged that the government to put the requisite systems in place to ensure that indigenous communities have equal access to all the facilities necessary to facilitate hemp cultivation and production, including licenses.