GEORGETOWN, Guyana,– The government of Guyana has expressed concern about ExxonMobil’s unresolved issues concerning its gas compressor that has led to a reduction in daily production by 90,000 barrels. 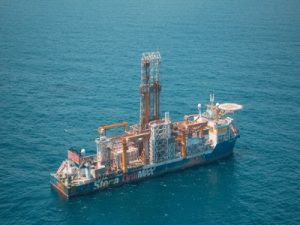 In a statement late Wednesday, the Ministry of Natural Resources said the government is “highly disappointed with the operator’s inability to resolve the situation to date and will continue to monitor the levels of daily cruise oil output and flaring to best allow for an economically feasible level of production during this period.”

On Tuesday, ExxonMobil Guyana announced that it slashed production to 30,000 barrels because of another problem with the gas compressor system aboard the Liza Destiny Floating Production Storage and Offloading (FPSO) vessel offshore Guyana.

Production was at 120,000 barrels per day. Presently, the flash gas compressor, after being fully installed on April 2, remains offline with production and flaring volumes being closely monitored

The statement added that the government is also examining the implications of the loss of output, and consequently loss of income and revenue, including measures that it may have to institute to protect national interest.”

While ExxonMobil Guyana and its contractors, SBM and MAN Energy Solutions are actively investigating the failure and assessing repair requirements, the government said it has been receiving regular updates through the Natural Resources Ministry, Guyana Geology and Mines Commission (GGMC), and the Environmental Protection Agency (EPA) since the matter has arisen.

According to the Ministry of Natural Resources, a meeting was also held with ExxonMobil Guyana to discuss the findings and plans for the expeditious resolution of the issue.