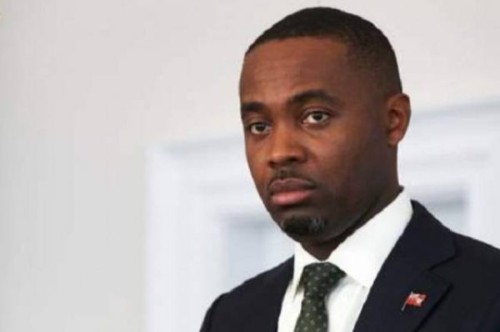 Premier David BurtBurt, who is also Minister of Finance, said financial support will be given to people with children in public schools and LED light bulbs will be bought by the government and handed out to households to reduce energy bills.

Payroll tax rebates are expected to be offered to 75 percent of the island’s workforce and more money will be made available to help cover food costs for families in receipt of financial assistance.

Burt said the relief package was made possible by a controversial travel authorization form, which tourists and locals have to fill in before arrival on the island at a cost of $40.

The form, which initially cost travelers $75, generated an estimated $14 million for government coffers last year and is budgeted to bring in some $22 million during the current financial year. Opposition party legislators have called for it to be scrapped.

“Bermuda is an affluent society. But that affluence has created a society in which economic pressures make it increasingly difficult for many hard-working people to keep up. Legitimate aspirations are frustrated by runaway costs of basic items which are necessities for life in this community. The high cost of living creates circumstances which sometimes defy economic theory but create a reality which the government has a responsibility to address,” said Burt as he addressed Parliament.

He added: “I am pleased to inform this Honorable House that part of the relief package will include a payroll tax rebate for workers making less than $96,000, which makes up 75 percent of Bermuda’s workforce.

“Many will say this relief package is not enough, and as a government – we get it; but it is also critical we balance being fiscally responsible while providing relief.

“This package is not perfect but it is a start and will make a difference in the lives of many Bermudians who want to know the government is on their side and has their best interests at heart.”

The Premier added: “It is important to reiterate that these relief items would not be possible without the increase in revenue received from the travel authorization and tourism-related taxes.”

Burt earlier announced a 2.75 percent rise in pensions for the island’s 10,000 senior citizens, backdated for 12 months.