WASHINGTON – The International Monetary Fund (IMF) says Belize has been “severely affected” by the COVID-19 pandemic. 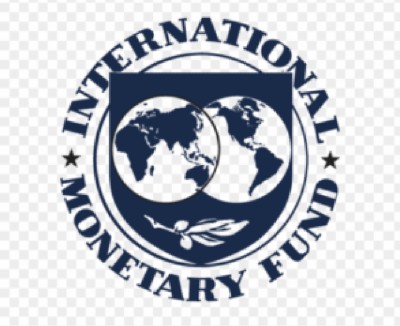 “Following a successful containment of the first wave of the pandemic, Belize experienced a large domestic outbreak starting in the summer of 2020, which has left the country with one of the highest numbers of cases and deaths per capita in the Caribbean,” said the Washington-based financial institution in a “Staff Concluding Statement of the 2020 Article IV Mission.”

It said the pandemic also led to a 72 percent decline in tourist arrivals in 2020, “which had a large impact on the economy as tourism accounts for around 60 percent of foreign exchange earnings and 40 percent of GDP” (gross domestic product).

It added that the  pandemic resulted in a sharp fall in revenue and a rise in expenditure aimed at combating the pandemic and supporting affected households and firms.

However, the IMF said current account deficit narrowed, “owing to a sharp contraction in imports and lower repatriation of profits from foreign owned business, which more than offset the fall in tourism receipts.”

The international financial institution said Belize’s recovery from the pandemic is projected to be protracted, with real GDP regaining its 2019 level only by 2025.

It said tourist arrivals are expected to remain subdued in 2021, given still high levels of COVID-19 cases in Belize’s main trading partners and stringent requirements on passengers returning to the US.

The IMF said Belize may also remain exposed to the pandemic as it has secured vaccines for just about one-third of its population. As a result, the IMF said real GDP is projected to grow by 1.9 percent in 2021, 6.4 percent in 2022, and return to potential growth of 2 percent over the medium-term.

In a baseline scenario underpinned by current policies, the fiscal and external positions are projected to remain weak over the medium term, the IMF said.

The primary budget deficit is projected to fall gradually from 8.3 percent of GDP in FY2020/21 to 0.9 percent from FY2023/24 onwards as revenues gradually revert to their pre-pandemic level and pandemic-related expenditures are scaled back.

It said Belize also remains highly vulnerable to natural disasters, warning that “materialization of these shocks would reduce economic activity, weaken the recovery of revenues, delay the unwinding of COVID-19-related expenditures and accelerate the decline in international reserves.”

In the near term, it urged the authorities to maintain fiscal support “to mitigate the socio-economic impact of the pandemic but should change course once the pandemic begins to wane.”

Beyond the immediate response to the crisis, the IMF said the key policy imperative for Belize is to restore public debt sustainability and strengthen the currency peg.

“At the same time, efforts should be made to prepare the ground for the implementation of a well-designed FRL with explicit fiscal rules by introducing the necessary public financial management (PFM) reforms and seeking broad political support for the law,” it added. “Implementation of an FRL with explicit fiscal rules in the future would strengthen the commitment to restoring debt sustainability. This framework would make the debt reduction process transparent and predictable.”

The IMF said its key features could include: A public debt anchor of 60 percent of GDP by 2031; a gradual increase in the primary balance to 3 percent of GDP from FY2024/25 onwards; an escape clause for major shocks, such as natural disasters, triggered with approval by Parliament and a fiscal council; an automatic correction mechanism to be triggered by large cumulative deviations from the primary fiscal balance target; and an independent fiscal council that produces unbiased forecasts and evaluates compliance with fiscal rules.

Restoring debt sustainability requires a gradual and sustained increase in the primary balance, the IMF said.

To strike a balance between the need to support those affected by the pandemic in the near term and enable a large public debt reduction over the medium term, it urged the authorities to gradually increase the primary balance to 3 percent of GDP in FY2024/25 and keep at that level until FY2031/32, “which relative to the baseline scenario, implies a fiscal consolidation of 3.9 percentage points of GDP over the next four years.”