Barbados to Hold Another Licensing Bid Round for Offshore Blocks

BRIDGETOWN, Barbados – Barbados says it intends to hold another licensing bid round for offshore blocks within the next three months as the island seeks to transition to a 100 percent renewable energy island by 2030. 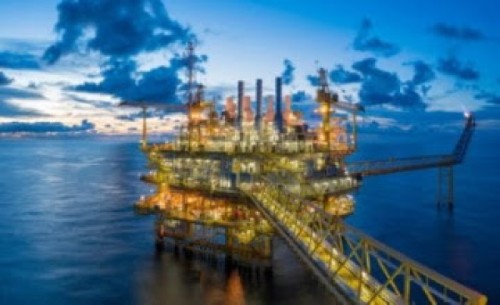 “With this in view, the Government of Barbados is striding ahead with the formulation of its Local Content Policy, with a view to equipping its citizens with the requisite tools and standards to be able to participate at the international level when that call comes,” she told a one-day Barbados Energy Local Content Plenary Stakeholders’ Workshop on Monday.

The senior public servant that two offshore licenses had already been issued and signed in 2015 and became effective in 2020 following the approval of the Environmental and Social Impact Assessments.

Dowridge said the country had already derived benefits from the two offshore licenses through scholarships, technical training, the purchase of hardware and software, the provision of educational materials, financial support to the University of the West Indies, and the use of local services, including accommodation, venue rentals, contractors, transportation and communications.

She said that as government seeks to transition to a 100 percent renewable energy island by 2030, the Local Content Policy would help in ensuring that Government stands by its commitment of building the capability and capacity of its people and businesses.

“This achievement would allow for foreign exchange savings and the re-deployment of these funds within the economy in a much more productive manner,” she said.

Legal Advisor at the London-based Commonwealth Secretariat, Dr. Chilenye Nwapi, said local content policy and legislation were a vital instrument for maximizing the benefits of natural resource development to the nation and its citizens.

“Most importantly, they can facilitate promotion of local participation in national economic activities, enabling local businesses to build their capacity to compete with international businesses,” Nwapi said.

He said that the local content project aims to put in place systems and mechanisms to improve the capacity and capability of Barbadians to participate and access business opportunities in the energy industry value chain.

“This begins with understanding the existing potential and gaps and establishing appropriate legal and institutional mechanisms to build the competitiveness of Barbadian businesses,” he added.

Nwapi said that since 2015, the Commonwealth Secretariat has been working with the Barbados government to reform the governance of the energy sector. This has involved provision of technical support to the Ministry of Energy in drafting the Energy Local Content Policy, amending the local content provisions of the Offshore Petroleum Act, and developing Offshore Petroleum (Local Content) Regulations, among others.

The Commonwealth Secretariat has provided technical assistance to the Ministry of Energy and Business to engage the consultants, and the energy local content project’s consultancy is being funded by the India-UN Development Partnership Fund.

Meanwhile, government has endorsed the recent merger of BHP and Woodside Energy, and agreed that Woodside Energy will now continue the work on the Carlisle Bay and Bimshire Blocks, which had been awarded to BHP.

Acting Prime Minister Santia Bradshaw told the workshop that that BHP and Woodside announced the execution of a binding share sale agreement last November, pursuant to which Woodside would acquire 100 percent of BHP International, which is the entity holding BHP’s oil and gas portfolio.

“This agreement will result in Woodside becoming the ultimate parent company of BHP Petroleum (Carlisle Bay) Limited and BHP Petroleum (Bimshire) Limited. This transaction is regarded as what is termed ‘a change of control’ under the legislation governing the Barbados Offshore Petroleum Program and the terms of the Exploration Licenses issued to BHP International by the Government of Barbados,” she said.

She told the workshop that Woodside Energy has a vast range of experience across the entire oil and gas value chain, and Government has endorsed the merger.

“The Ministry of Energy and Business will continue to license Barbados’ Offshore acreage under clear rules for developers, and to increase the cultivation of data relating to the geological and geophysical conditions of the oil and gas sector.

“Additionally, the current Minister …Kerrie Symmonds must be heralded for almost every week bringing a number of papers aimed at improving the legislative and regulatory environment to enable the sector to contribute towards Barbados’ economic development in a meaningful way.”

The Acting Prime Minister said government has continued its work to prepare the electricity market to take more renewable energy and that the Ministry of Energy and Business had already completed a number of plans and studies necessary to establish the foundation for this country’s new energy policy.

“Over the last three years, the Government has continued its work to transition the energy sector into one that allows its people to participate and access our natural resources in order to drive economic growth in a real and significant way.”

She said that the use of Local Content in the energy sector “is indispensable” to the Energy Policy 2019 – 2030 initiative and that for Barbados, it was fundamental to the attainment of socio-economic progress and sustainability.  She explained that this would entail supplying inputs to the local economy through the transfer of technology, the creation of local employment and increasing local ownership and control.

“Local ownership and control for the Government of Barbados crystallizes into the mindset that every Barbadian has a part to play in energy security, reduction in its cost, and its democratization.  Barbadians will no longer simply be consumers but will now have a meaningful stake in the energy sector through the provision of significant goods and services.

“Importantly, Local Content serves as part of the Government’s overall approach to ensuring that it stands by its commitment to build on the capacity and capability of its local people and businesses.  This is applicable to both the oil and gas, as well as the renewable energy sector. Allowing Barbadians to access the economic gains afforded and to re-deploy them within the economy in a productive manner must be priority,” Bradshaw said.

The Barbados Local Content energy project aims at progressively increasing access to and participation of local vendors and businesses in the energy industry value chain.

Government said that local content can strategically position Barbados to succeed in an internationally competitive environment in the supply of goods and services relevant to offshore oil and gas, offshore wind and other renewable energy installations.