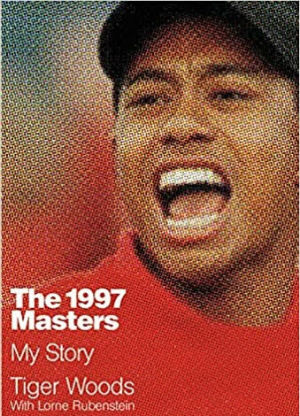 When the 21-year-old Tiger ran away with the 1997 Masters by 12 shots, it appeared he would fulfill Jack Nicklaus's prediction that the prodigy would eclipse the total of 10 Masters titles won by Nicklaus and Arnold Palmer. To mark the 20th anniversary of that triumph, Woods collaborated with noted golf journalist Lorne Rubenstein on The 1997 Masters: My Story (Grand Central, $30). In Woods's own words, the book is a moment-by-moment account of his stirring victory. Avid golfers who will never get closer to Augusta National than their TV screens will also appreciate Tiger's keen insights into the course, ones that will enhance their enjoyment when the tournament finally is played again.

But, as The Second Life of Tiger Woods by GOLF magazine's Michael Bamberger (Avid Reader, $28) reminds us, things didn't go exactly as planned. Bamberger's book focuses on Woods's personal and professional resurrection after his arrest for DUI in May 2017, shortly after that year's Masters (one he skipped before spinal fusion surgery). Bamberger reports that Woods told golf legend Gary Player, "I'm done. I won't play golf again." Bamberger ably documents how Woods's fierce dedication to reclaim his preeminent place in golf culminated in an unexpected victory at the 2018 Tour Championship and ultimately a win at Augusta in 2019, his 15th major title.

If you're one of those millions of golf fans who, as Bamberger describes, shared the "desire to see Tiger Woods be great again," you'll find much to entertain and inform you in these two books. --Harvey Freedenberg, freelance reviewer